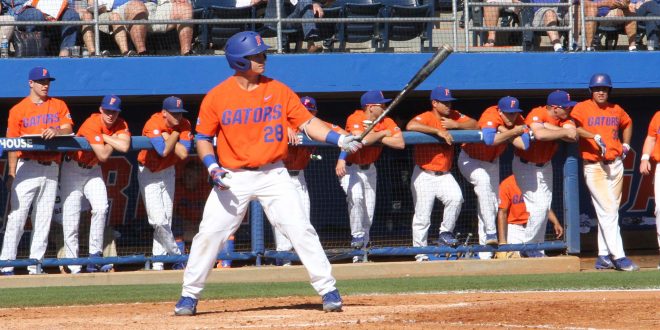 The Cincinnati Reds have agreed to terms with Florida catcher Mark Kolozsvary. The Reds selected Kolozsvary in the seventh round of this year’s MLB draft, making him the 197th overall pick.

Kolozsvary stepped up big time for the Gators this season after Mike Rivera suffered a right hand injury. He made thirty starts and had a batting average of .279 on the season. The junior catcher tied for seventh on the team with 26 RBI. He also finished second on the team in slugging percentage(.440), trailing only JJ Schwarz.

Perhaps known best for his cannon of an arm, Kolozsvary finished his Florida career with 18 assists. He committed only two errors during his time with the Gators. Here are some more career totals for Kolozsvary…

Kolozsvary reportedly agreed to a bonus of $150 thousand and is one of 23 Cincinnati Reds draft picks to be signed.

In a side note, former Gator shortstop Dalton Guthrie, drafted in the sixth round, is expected to sign with the Philadelphia Phillies later this week.