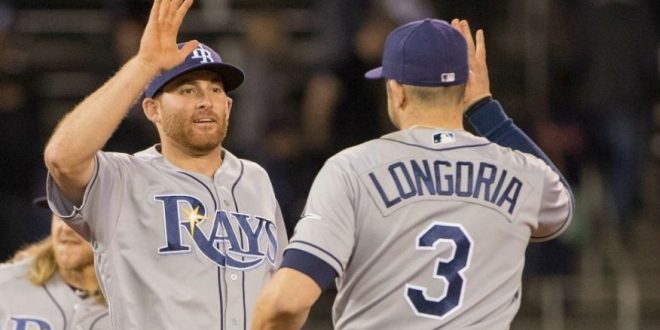 Tampa Bay Rays look to bounce back after a one game loss.

The Tampa Bay Rays are currently second in the AL East with a record of 49-44. After losing to the Angels last night, the Rays are in a position to prove themselves to another California team. They will face the Oakland Athletics (42-50) tonight, but a series sweep could put Tampa Bay in first place.

Unlike Tampa Bay, Oakland did complete their last series in a sweep. The Athletics completed their last game against the Cleveland Indians in a 7-3 victory. Tonight, the winner could easily be who wants it more. Will Oakland keep the momentum going from their three-game winning streak? Or will Tampa charge ahead after nearly sweeping the Angels.

Tampa will send pitcher Jake Odorizzi to the mound tonight. In Odorizzi’s last six games, his team won four and lost two. However, that does not put him in the black. He sits below the league averages in wins, ERA, and strikeouts. Tampa tying for first also means the top-seeded Red Sox have to lose their next three-game series. This will put both teams at 52 wins and 44 losses. In order for Ordorizzi to help his team tonight, he must focus on his last four winning games. For the A’s, Daniel Gossett will start. Gossett, like Odorizzi, is 4-2. But, in a good omen for the Rays, Gossett is far below the league and Odorizzi. In an especially low number, Gossett only has 20 strikeouts this season.

First pitch is set in Oakland for 10 p.m. ET. Though the A’s are coming off a three-game winning streak, they are still last in the AL West. Tampa Bay must use this information to pull ahead not only tonight, but the next two nights as well.