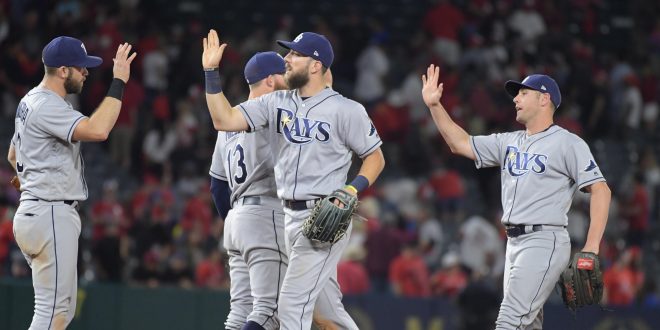 The Miami Marlins are fresh off a successful weekend series in Cincinnati as they took two out of three games from the Reds. The Marlins look to finish off their six-game road trip on the right note in Arlington, Texas, as they face the Rangers who are two and a half games out of the American League wildcard.

Miami is back in Texas facing the Rangers for the first time since 2014, the Fish managed to win one of the two games. The Marlins, who currently sit at 44-52 on the season, have not fared very well in interleague play this year as they have lost 10 of the 17 games they’ve played.

Texas third basemen Adrian Beltre is on the cusp of history as he is 11 hits short of number 3,000 career hits. The Marlins are no strangers to 3,000 career hits milestones as Ichiro Suzuki hit his 3,000th career hit with the ball club last season.

On Monday, Miami will send out Adam Conley (2-3, 6.75 ERA) who is looking to build off his last outing where he threw six quality innings and only walked two. Texas announced that Martin Perez (5-7, 4.72 ERA) will be on the mound for the home crowd. Perez is trying to avoid the long ball tonight as he has given up a home run in his last two starts.

On Tuesday, the Marlins will be sending out Dan Straily (7-5, 3.49 ERA) who is looking for his first quality start since July 7th. Straily is having his best season since he came in fourth place in American League Rookie of the Year voting. Runs will be hard to come by for the Fish as they will be facing former division foe Cole Hamels (4-1, 3.49 ERA). Hamels loves striking out Miami batters as he has a struck out 236 batters (the most against any team in MLB).

Wednesday’s series finale has all the makings of a pitchers duel as Jose Urena (8-4, 3.78 ERA) will be going up against Yu Darvish (6-8, 3.44 ERA). Wednesday’s game will be the first time the Marlins face Yu Darvish since the pitcher debuted in 2012.

The Tampa Bay Rays are looking to halt a four game losing streak that has dropped them down to third place in the American League East. The Rays were swept by the Texas Rangers at home after winning four of six games on their West Coast trip. The sweep marked the first time Tampa was swept at home since they went winless against the Red Sox in a series last September. The last time the Orioles visited St. Petersburg they took two out of three games from the Rays in June.

Left-hander Blake Snell will be on the bump for the Rays as he looks to record his first win of 2017. In his last start against the Oakland Athletics, Snell did not get past the fourth inning as he gave up three earned runs and three walks. Kevin Gausman (6-7, 6.11 ERA) is coming off a strong start against the team that just swept Tampa as he threw six innings and only gave up one run. In his only start against the Rays this season, the right-hander threw seven scoreless frames and struck out nine batters in a 7-1 July 2nd victory over Tampa.

Tuesday’s match-up features 23-year-old Jacob Faria (4-1, 2.52 ERA) looking to throw his third quality start of the season against Baltimore. In June, Faria had two quality starts in consecutive outings striking out a combined 13 Orioles. Tampa has a great opportunity to score some runs on Tuesday as they will be facing Wade Miley (4-8, 5.58 ERA) who has a had a nightmare of a season so far. Miley has given up a combines 12 runs his last two starts but surprisingly has a good track record against the Rays this season. Back in April, Miley only gave up two runs in seven innings  of work.

The Atlanta Braves are playing the role of spoiler as they start a three game set with the Arizona Diamondbacks. The Braves are in the midst of an eleven game road trip. This past weekend they took a four game split against baseball’s hottest team in the Los Angeles Dodgers. The Diamondbacks, who are in the thick of things in the National League Wild card race are coming off a weekend series against the Washington Nationals. The D-Backs dropped two of three against the Nats, dropping them one game behind the Colorado Rockies for the first wild card spot.

On Sunday the Braves went up against Dodgers ace Clayton Kershaw, it doesn’t get any easier for them as they have to face D-Backs ace Zack Grienke (11-4, 2.97 ERA) on Monday. The Arizona ace is 3-1 in his last five outings, striking out 31 batters in 30 innings pitched. The Braves are sending former Cy Young winner R.A. Dickey (6-6, 4.14 ERA) to oppose Grienke. The veteran knuckleballer has had a hard time having batters strike out on his fastball as six of his 78 Ks have come from it.

Tuesday nights ballgame features the most impressive pitcher for Atlanta this season as Mike Foltynewicz (8-5, 3,87 ERA) takes the mound. Arizona is sending Taijuan Walker (6-4, 3.61 ERA), who only gave up two runs in six innings of work against Atlanta in his last start.

The conclusion of the three game set includes Jaime Garcia (4-7, 4.30 ERA) and Patrick Corbin (7-9, 4.43 ERA). In Garcia’s last start against the Diamondbacks, he threw seven impressive innings, striking out seven and only giving up one run. 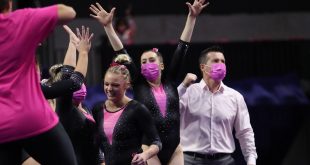