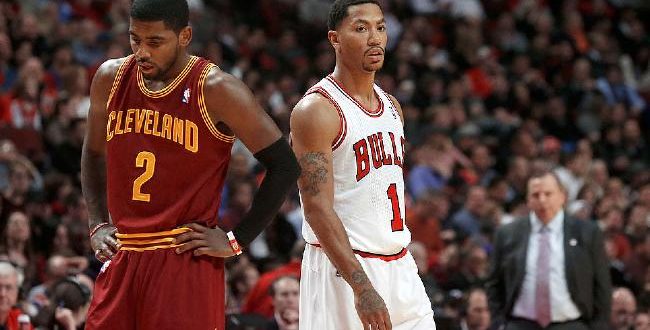 Derrick Rose Signs with the Cavaliers

The Cleveland Cavaliers’ shaky off-season now has a silver lining. Less than a week after star point guard Kyrie Irving asked for a trade, guard Derrick Rose signed with the Cavs. The 2011 MVP left the crumbling New York Knicks after one year for a different one year contract worth $2.1 million. However, Rose may not be Cleveland’s saving grace. He has battled injury after injury since the 2008 Summer League. But, a healthy D Rose has the potential to put a thorn in a lot of teams.

Although many say he already reached peak performance, Derrick Rose believes in himself like no other. From his college days on, Rose used self-confidence to help him succeed. And it was not hard to see where he got it from. After one year at Memphis, he entered the NBA draft. He went first overall to the Chicago Bulls and won Rookie of the Year. One year after that, he earned a spot on the All-Star roster. One year after that, he won MVP. At that time, it was great to be Derrick Rose. Unfortunately, he could not sustain that level of excellence.

Just one year after winning MVP, Rose tore his ACL in the 2012 playoffs. From 2012-2016, Rose’s ACL tear led to persistent knee injuries, causing him to miss 237 games in Chicago until he was traded to New York. However, Rose was not upset following the New York trade. In fact, he said his addition to the Knicks made them a “super-team” like the Warriors. Golden State won the 2017 championship while New York went 31-51 and failed to make the playoffs. But, Rose’s bravado is something Cleveland could use right now. And two first-picks with MVP status in the backcourt could live up to the hype.

But, Derrick Rose’s status does not set him apart in this bunch. During the same season Rose was crowned MVP of the league, Kyrie Irving was drafted first by Cleveland. In six short years, Irving has racked up a number of accolades. Rookie of the Year, Three Point Shootout winner, an NBA title, a gold medal, and four All-Star appearances are just the highlights.

After losing the 2017 Finals, Irving had nothing but high praise for James. Now, he is sick of being a “sidekick.”. If Kyrie leaves to star somewhere else, he blazes a clear trail for Rose to step into the elite sidekick role, which could be perfect for him.

After all, LeBron James seems to think so. Shortly after the news broke, James excitedly tweeted five roses followed by “Let’s Rock G!!” Although Rose’s high confidence could clash with James it might no as wellt. Next season, LeBron James will make $31 million from the Cavs alone. Derrick Rose will make $2 million as opposed to last year’s $22 million. Taking a $20 million pay cut shows an incredible amount of humility. But, that’s what happens when you get the opportunity to play with LeBron James.

Derrick Rose is a gamble for Cleveland. But, with José Calderón as next year’s projected starting point guard, it just might be a chance they have to take.