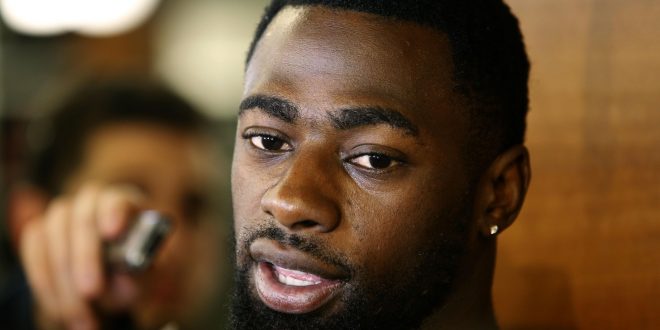 Former Gator safety Marcus Maye is adjusting to life as a New York Jet quite well.

He’s getting to do what he does best.

Oh my lord. Maye is out here leveling people. Just smacked Leggett so hard his helmet came off. #jets

Marcus Maye is hitting people with sheer force – that’s not surprising to those who have watched him play in college. However, Maye now has the opportunity to impress members of the NFL media first hand as well as his coaching staff.

Jets head coach Todd Bowles wanted to see more hitting out of his defense this week and Maye has been supplying the firepower.

After practice Maye was asked about playing the safety position and what he likes about it. No shock here, Maye said it’s because he loves to tackle and hit people.

Maye, a second round selection, is teaming with first round selection Jamal Adams from LSU to form the nucleus of a young and talented safety unit on a rebuilding Jets team.   Many in the NFL believe the pair can develop into a solid duo at the position given time and experience.   Coach Bowles and Jets players both say Maye is learning fast and not playing like a rookie. and coaches seem impressed by how he communicates on the field and with his toughness.

Maye will get his first taste of NFL action when the Jets face the Titans this weekend.

Originally from Ocala, Florida. University of Florida Class of 2017. Avid FIFA player willing to beat anybody. Follow me on Twitter for everything you need to know!
@JoshLaSelva
Previous Randy Shannon’s Defense is Advancing Without Marcell Harris
Next Fall Camp Week 2: The Addition of James Robinson