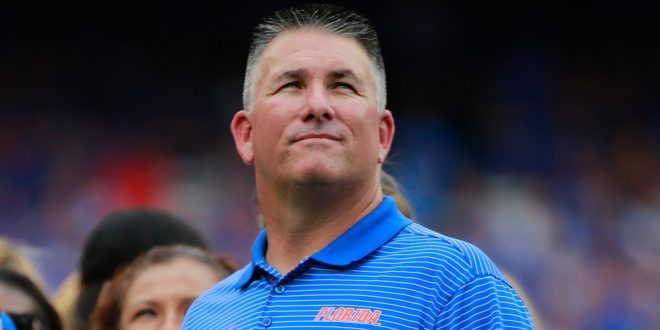 To everyone’s surprise, Florida Softball Head Coach Tim Walton has not thought about Gator softball since leaving the World Series back in June. The Gators entered the final best-of-three series but fell to second place after losing to the Oklahoma Sooners.

Walton weighs in on pitcher Aleshia Ocasio, saying that the team benefited by not pitching her throughout the season. By keeping Ocasio’s innings up in the middle of the week, Delanie Gourley and Kelly Barnhill had chance to be on the field for weekend battles.

The incoming softball Freshman class has a lot to offer for the upcoming season. Starting off with Haven Sampson, a left-handed batter and outfielder from Georgia. Sampson is joined by lefty catcher and first baseman Danielle Romanello. Romanello is the only incoming freshman native to Florida. and she’s been on her Varsity team since 7th grade. Josie Page, an infielder from Alabama, joins the team alongside utility player Jordan Matthews. Matthews is a shortstop, 1st, 2nd and 3rd baseman as well as a power hitter.

Finishing up the incoming roster, pitcher Natalie Lugo and shortstop Hannah Adams are no strangers to being teammates – the two recently won the Junior World Championship this past summer.

For the Gators, Walton believes recovery is the most important aspect of training . Otherwise known as an “active rest period”, Walton believes that taking time off in between workouts prepares players the best. By promoting active rest, the team will come ready to work while avoiding the possibility of getting burnt out. With new rules and policies put in place by the NCAA, athletes will now have 14 extra days off. The NCAA expects athletes to use these 14 days in order to catch up in other areas and reach their individual goals.

Within the next week, the team will begin training strength and conditioning in preparation for the 2018 Spring season.