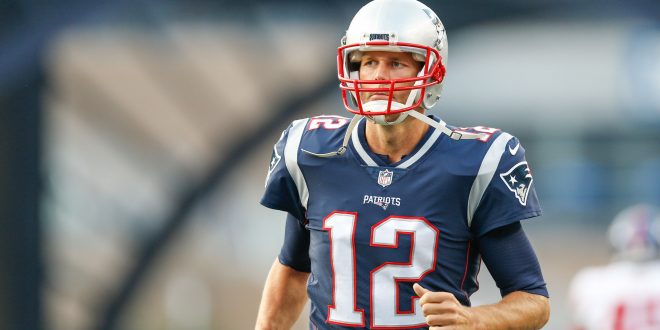 The New England Patriots will begin tonight’s festivities by unveiling their fifth championship banner in the last 15 years. However, the team knows it can not dwell on the memories of past achievements for long. It may seem like ages ago, but the Patriots remember the last time they faced the Kansas City Chiefs in the regular season quite well. On Sept. 29, 2014, Kansas City handed New England one of the team’s worst losses in the Belichick-Brady era. A rowdy crowd, which set a Guinness World Record for the loudest roar ever at a sports stadium, helped propel the Chiefs to a 41-14 rout of the Patriots.

Kansas City head coach Andy Reid says he is looking forward to the challenge of facing the defending Super Bowl champions. Reid admires New England head coach Bill Belichick’s sustained success and says Belichick does a great job with his team. The Patriots went 14-2 last year, but the Chiefs were also a 12-4 playoff team. Patriots head coach Bill Belichick says he has a great deal of respect for the Chiefs and knows this opener will be a tough matchup. He also reflected on the 2014 blowout and other matchups with Reid.

Patriots quarterback Tom Brady had an awful performance against the Chiefs in their 2014 matchup. He completed just 14 passes for 159 yards. He also threw two interceptions. During the 2016 regular season, Brady threw two interceptions all year. Brady says every player looks forward to their season opener because all the off-season preparation leads up to this game.

While Brady and the Patriots may have struggled in their 2014 regular season matchup against the Chiefs, they did manage exorcise some demons via a 27-20 playoff win in the 2015 postseason at home. Brady knows the Kansas City defense is loaded with playmakers and calls the unit explosive.

The Kansas City Chiefs have never won at Gillette Stadium. New England is 110-26 under Belichick at home and 101-17 at home with Brady as their quarterback. For the Patriots, they go as Brady goes. He will, however, be without top wide receiver Julian Edelman, who suffered a season-ending torn ACL during preseason action. A big key for the Patriots offense will be replacing Edelman’s production. Tight end Rob Gronkowski says a player like Edelman cannot be replaced, but players like himself need to step up and take on larger roles.

The Chiefs defense was not the dominant force last season, at least in terms of yardage, that it has been in the past. Only eight teams in the NFL gave up more yards than Kansas City in 2016. The Chiefs defense excelled in 2016 because of their ability to create turnovers. They finished tied for first in the league with a +16 turnover differential. Kansas City’s defense had a total of 33 takeaways, the most in the NFL.

Kansas City also has some injury issues of their own to deal with. Running back Spencer Ware suffered a torn MCL and PCL in the preseason. Ware was responsible for 1,368 yards from scrimmage in 2016. Tight end Travis Kelce was on the injury report earlier this week with a calf issue but is no longer listed. The Chiefs averaged under 300 yards a game last season. The loss of Ware figures to present even more challenges on the offensive side of the ball.

Counting down to kickoff! #ChiefsKingdom pic.twitter.com/kJjF7K77MD