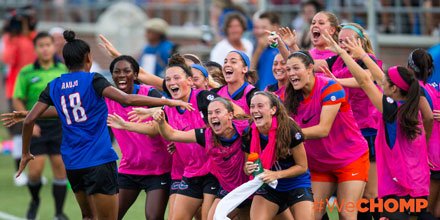 This is the second year in a row that the soccer match against FSU was canceled due to a hurricane. This year, the game has been rescheduled for October 12th and will be played in Gainesville.

The Gators lead the series 13-10 and this is 10th consecutive time the two teams will play each other as top 25 ranked teams.

Three different Gators helped the team beat FSU — Savannah Jordan, Sarah Troccoli and Pamela Begi. However, of these three, Sarah Troccoli is the only player still on the team.

This season, Gabby Seiler might help the Gator’s winning streak against the Seminoles. Seiler has scored five goals in the six games she’s played in.

Florida head coach Becky Burleigh is very happy to have the FSU game back on the schedule this season.