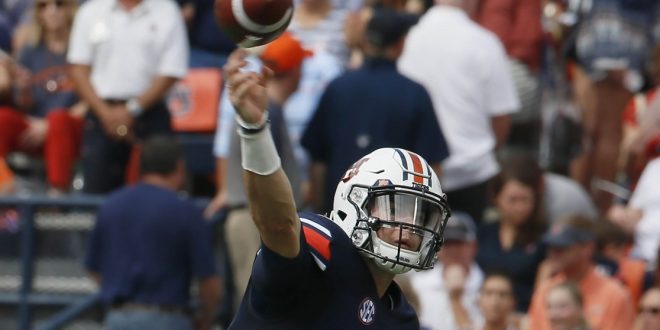 The No. 15 Auburn Tigers will travel to Columbia, Missouri on Saturday to take on the Mizzou Tigers in their first SEC match up of the season. Auburn is 2-1 on the season, facing a loss to Clemson in week 2. On the other hand, Missouri is the complete opposite with a record of 1-2, with two straight losses to both South Carolina and Purdue.

The problem Missouri will face is their lack of defense. They are giving up 442.7 yards per game, which is the worst the SEC has seen this season. It doesn’t help that Coach Barry Odom got rid of defensive coordinator DeMontie Cross after the loss to South Carolina in week 2.

That doesn’t mean Auburn has nothing to worry about going into this game. The Tigers struggled against Mercer in last weeks game, committing 5 turnovers in the 24-10 win. Auburn only led by 7 in the fourth quarter, but ended up pulling out the win.

Quarterback Jarrett Stidham keeps progressing week by week as the new kid on the block for Auburn. In his third start for Auburn, he completed 32-of-37 passes for 364 yards against Mercer. Malzahn said it’s this kind of experience on the field that’s boosting his confidence. Saturday will mark his SEC debut.

In terms of the running game, Auburn has running back Kerryon Johnson is back in the lineup this week after a hamstring injury caused him to miss the last two games. With the addition of Johnson, this should help with the consistency of running the ball.

Malzahn says one of the challenges with Missouri is that Coach Odom is taking over the defense for this game which throws a bit of a curve ball into Auburn’s prep for the game.

In some good news, we might see the start of backup QB Malik Willis very soon. Malzahn said he does expect him to play before the season was over.

Coach Odom knows Auburn’s offense will be tough on them in this fourth-straight home game of the season.

Odom says the offense getting into the tempo of the game is important against the Tigers. Auburn’s defense has been really tight, allowing on 201.7 yards per game.

The defense of Missouri is young this season and with the recent firing of defensive coordinator DeMontie Cross, it’s up to Coach Odom to take on the coaching challenge.

Where to Watch: ESPNU

Courtney Mims is a junior telecommunications major at the University of Florida. She enjoys covering all Gator sports and drinking gallons of Starbucks coffee while doing so.
Previous The SEC Showdown for the Top Dog
Next Studies Show Aaron Hernandez had Advanced CTE 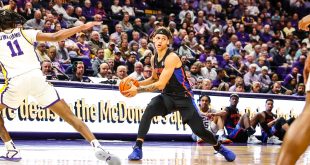 Two SEC teams clash on the hardwood as the No. 20 Missouri Tigers travel to …