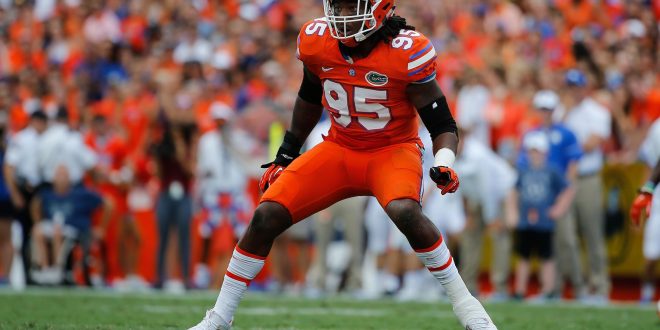 Gator defensive lineman Keivonnis Davis is in the hospital after a “serious car accident” involving a scooter. While details are still scarce, Davis’ lawyer confirmed the report about his client’s hospital admission. Davis is one of nine Florida football players suspended indefinitely due to a UFPD investigation into credit card fraud.

His lawyer asks for thoughts & prayers for Davis, this could be a long road to recovery.

The University Police Department recommended two charges against Davis: fraudulent use of identity without consent and scheming to defraud.

According to the sworn complaint affidavit, Davis successfully added $800.00 to his UF Bookstore account using a credit card that did not belong to him. Davis then used the money to purchase a MacBook Pro 128 GB, which included a promotional free pair of Beats Solo 3 wireless headphones, and a BoomStream Mini Bluetooth Speaker.

The full sworn complaint against Davis can be found here.

Davis has not seen the field this season after news of the fraud investigation broke. Last season, Davis totaled 27 tackles and 3.5 sacks in 11 games.

I'm a senior studying Political Science at the University of Florida. Multimedia Sports Reporter for ESPN Gainesville 95.3 and WUFT - Passionate about life, sports, and fitness.
@charliejordanuf
Previous More MLB Teams Clinch Postseason
Next University of Kentucky Looks for a Win Over Eastern Michigan 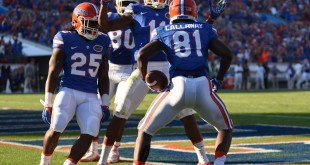