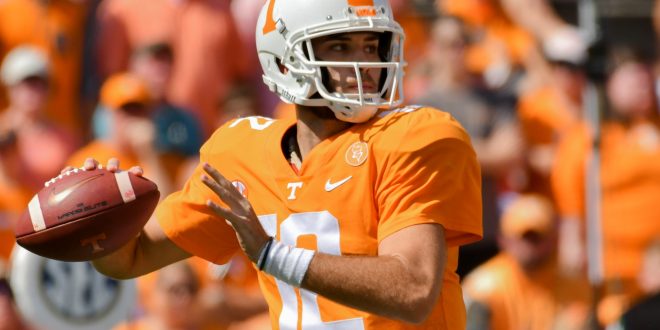 With four seconds left to play, Tennessee trailed Georgia 28-31 in Sanford Stadium. It was a 43-yard Hail Mary from Tennessee quarterback Josh Dobbs that connected with Juan Jennings in the end zone. Tennessee had a comeback win 34-31.

The history of this SEC Matchup is one that according to both head coaches, is always competitive. The Georgia Bulldogs however, have the taste of the final-play loss from last season in their mouth. 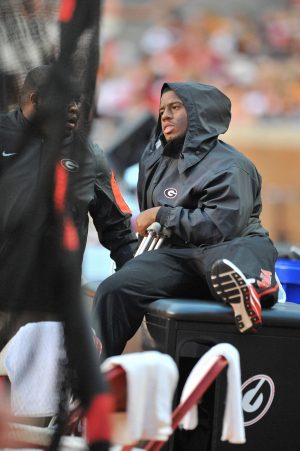 The Georgia Bulldogs enter this year’s game undefeated. Georgia is ranked seventh as they travel to Neyland stadium for their second SEC Matchup of the season.

Leading Georgia is running back Nick Chubb. Chubb will return to Tennessee for the first time since his only play in 2015 as he came down with a season-ending left knee injury.

The Volunteers will have to stop Chubb on the run in order to pull out a win Saturday. Chubb is currently leading the league in rushing touchdowns with six and he is third in the SEC with 371 rushing yards.

Tennessee Head Coach Butch Jones says that Chubb will be a main threat that Tennessee needs to stop on Saturday.

The Bulldogs will face challenges on the road as they travel to Neyland for their first away SEC game of the season.

Tennessee is 3-1 overall and 0-1 in the SEC with their only loss in the SEC coming from Florida two weeks ago. Head Coach for the Bulldogs Kirby Smart knows that the physical play from Tennessee could cause his team some problems.

Another factor that Georgia will be facing in Tennessee is the excited fans and loud atmosphere of a checkered Neyland Stadium.

This SEC East matchup is another one that could decide who will be playing in Atlanta in December. Georgia (1-0 SEC) is currently ranked second in the SEC East behind Florida (2-0 SEC). Depending on the winner of the Florida vs Vanderbilt game, Georgia could take the top ranking of the SEC East with a win over Tennessee this weekend. Kickoff is set for 3:30pm.