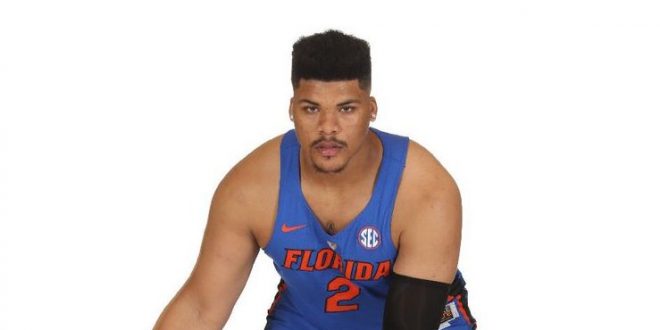 The Gators basketball team is striving for another successful season after last year’s trip to the Elite 8. But this time, the goal is to win it all and avoid getting knocked out of the NCAA tournament before they do so. With this goal in mind, the team has been working hard in practice for just about a week now. While this season’s roster includes many returning players, there are also a few new faces who are hoping to help make a difference.

With the departure of four seniors from last year’s team, Devin Robinson declaring for the NBA draft, and the arrival of five freshman and one graduate transfer, the make-up of this season’s team will look a little different. Four-star prospect Isaiah Stokes is one freshman who is excited to start his Florida basketball career and be a part of a winning culture. Stokes is ready for the Gator fans to see his style of play, which he describes as a defender and play maker who looks to get his teammates involved. The teammates he is particularly looking forward to playing with are Chris Chiozza and Jalen Hudson. Chiozza is from Stokes’ home town of Memphis and Hudson is who Stokes took his visit with and has taken him under his wing ever since.

Stokes is the younger brother of Jarnell Stokes, a two-time All-SEC player at Tennessee. Isaiah hopes to have similar success during his time at Florida.

The other freshman joining Stokes this season are Mike Okauru, Chase Johnson, Dontay Bassett, and Deaundrae Ballard. Egor Koulechov, who is a transfer from Rice, will attempt to fill the void left by Canyon Barry.

After a deep run in the NCAA tournament, several of the impact players from the 2016-2017 roster are back. One of these players is Chiozza, the guard who gained recognition for hitting a 3-point buzzer-beater shot to send the Gators to the Elite 8. Now a senior, he will be leading the team this season along with fifth-year senior John Egbunu, who is recovering from a knee injury and will be cleared to play in January.

Junior KeVaughn Allen will also play a big role on the team, as he is coming off a season where he averaged 14 points per game.

The entire Gator basketball team will have its first opportunity to show off its talent in an exhibition game against the University of Tampa on November 5.