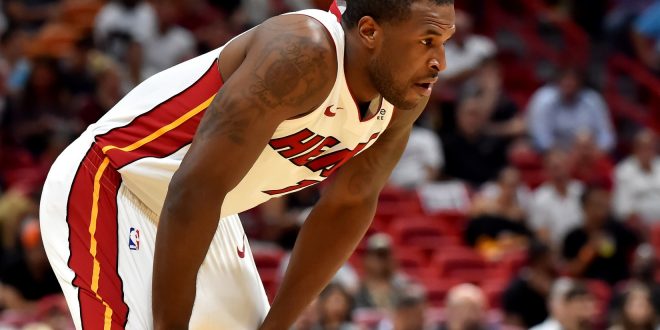 Wednesday’s match-up between the Miami Heat and the San Antonio Spurs has both teams without their best player.

You won’t see either of them make excuses, however, as both teams have found ways to win early in the season. Miami comes into the game with a 2-1 record while the Spurs stroll into South Beach with a spotless 3-0 mark.

Wednesday’s game will be the third game in a row that center Hassan Whiteside will miss with a left knee bruise. Whiteside hasn’t played since the season opener versus the Magic where he scored 26 points and grabbed 22 rebounds. The return date for Whiteside is expected to be Saturday when the Heat face the Celtics.

Even without Whiteside’s presence in the paint, Miami was able to grab home victories over the Indiana Pacers and Atlanta Hawks. In both cases, the Heat found themselves with big leads only to squander them in the 2nd half.

One of the reasons Miami got off to that slow start last season was because of blown leads. This year, the Heat have been finding ways to win down the stretch.

Unlike most teams, Miami does not have one main person who carries the load offensively. It seems that each night one or two guys can’t miss and contribute in a big way on offense. That was the case on Monday night as Wayne Ellington made six 3-pointers on his way to 20 points off the bench.

Third year man Josh Richardson looks like he is taking the next step in his career as he has been on fire shooting the ball to start the season. The shooting guard out of Tennessee came into this year averaging eight points but is averaging 14.3 points early in this years campaign. Richardson was the leading scorer in Monday’s victory over the Hawks as he scored 21 points.

It must be the hair…

Richardson garnered high praise from head coach Erik Spoelstra for his offense and defense as the coach compared him to former Miami star Dwyane Wade.

“What didn’t J-Rich do tonight?” Spoelstra said. “He was great defensively. Those were the types of plays at the rim that we had a former two-guard here make.”

The Spurs have gotten out to an undefeated start even with stars Kawhi Leonard and Tony Parker yet to make their debut.

With the injuries, San Antonio has had to rely heavily on LaMarcus Aldridge. The five time All-Star has scored at least 20 points in every game this season. The big man signed a three-year, $72.3 million dollar contract extension before the season began.

Another game, another 20-piece from LA. pic.twitter.com/Cu079U8JOk

The game between the Heat and Spurs tips-off tonight at 8 p.m. and will be broadcast live on ESPN.

Previous World Series: Dodgers Defeat Astros in Game 1
Next Could Moore Be the Miami Starting QB?