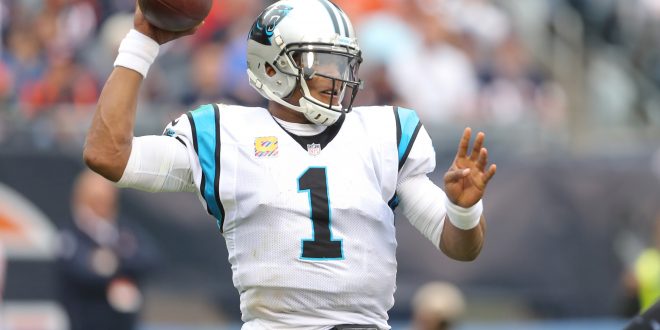 This week in NFC action, four teams will have a bye. The Cardinals will get an extra week to get quarterback Drew Stanton prepared to be the starter, after Carson Palmer was placed on Injured Reserve with a broken arm. Along with them, the Packers, Rams and Giants will have the week off.

Chicago Bears (3-4) at New Orleans Saints (4-2) @1 p.m.– After starting 0-2, the Saints have been one of the hottest teams in the league. A large part of that is thanks to their pass defense. In their first two games, they gave up a combined 777 passing yards. Since then, they have held opposing offenses to 644 passing yards, 161 a game. They will not be facing a pass-heavy offense in Chicago. Mitchell Trubisky only threw the ball seven times last week in a 17-3 win over the Panthers.

San Francisco 49ers (0-7) at Philadelphia Eagles (6-1) @1 p.m.- After an average rookie year, Carson Wentz has made the jump to be an MVP candidate. He has thrown for 1,852 yards with 17 touchdowns and four interceptions. And most importantly, he has lead the Eagles to a 6-1 record. The 49ers may be winless, but they have not played awful football. They have lost five games by three points or less.

Leads league in TD passes, QB of only 6-win team. If that’s Brady, Brees or Aaron, we are talking MVP. Time to talk that way for @cj_wentz

Carolina Panthers (4-3) at Tampa Bay Buccaneers (2-4) @1 p.m. on FOX- The Bucs and the Panthers have both endured some intense highs-and-lows this season. Cam Newton started off the year with three below-average weeks, then went on a two-game spree where he completed over 77 percent of his passes for 671 yards, six touchdowns and one interception. The last two weeks have been bad again, having thrown five interceptions compared to one touchdown. Cam will have to play consistent football for the Panthers to make a playoff push. Fortunately for him this week, he is going up against one of the league’s worst pass defenses. The Bucs are 30th in the league in passing yards allowed per game and the opponent’s completion percentage. The Bucs defense also has an NFL-low seven sacks this season. Players on their defense have shown their disappointment in the defense and their playing time in public recently. It appears like they are falling apart for Tampa, but a win here could change that.

Dallas Cowboys (3-3) at Washington Redskins (3-3) @4:25 p.m. on FOX- Zeke is starting to look like himself again, after a monster performance against the 49ers last week. He racked up 219 yards in the game and had three touchdowns. This could be his last game for two months, with his injunction hearing taking place on Monday. Expect him to run angry again and run over a Redskin defense who has given up four yards per carry this season. This is a big game for the Redskins, as they will head into Seattle in week 9, where the Seahawks are 36-6 at home since 2012.

NY Judge Failla says no to NFL’s request to expedite Zeke Elliott’s case. His hearing for the injunction is Oct 30, will play vs #Redskins

Minnesota Vikings (5-2) at Cleveland Browns (0-7) @9:30 a.m. on NFL Network- The Browns will start Deshone Kizer again, and that may be a good thing for the Vikings. Kizer has only completed 52 percent of his passes, the lowest by six percent by quarterbacks who have thrown at least 100 passes. Coaches tend to get fired after the London game, and if the Vikings blow out the Browns, the Hue Jackson experiment could be over.

Atlanta Falcons (3-3) at New York Jets (3-4) @1 p.m.- The Falcons and Jets both blew 14-plus point leads in the second half to the Dolphins in the last weeks. Fortunately, one of them has to win this game. Expect the Falcons to bounce-back after an embarrassing performance against New England last week.

Per @ESPNStatsInfo, no rookie QB has won a start in Seattle since Andy Dalton in 2011. Rookies since then are 0-4 with a 42 Total QBR.

Pittsburgh Steelers (5-2) at Detroit Lions (3-3) @8:30 p.m. on NBC- If these teams met a month ago, this would be a completely different game, but now the Steelers are trending upward and the Lions are spiraling downward. Le’Veon Bell is back to looking like the best running back in football again. The Lions front seven will have to contain him to win this game.

leveon bell is out of this world pic.twitter.com/MCSwOjHM4S

Previous Preview: Florida Looks to Get Back On Track in Jacksonville Against Georgia
Next No. 4 Gator Volleyball Takes Care of South Carolina