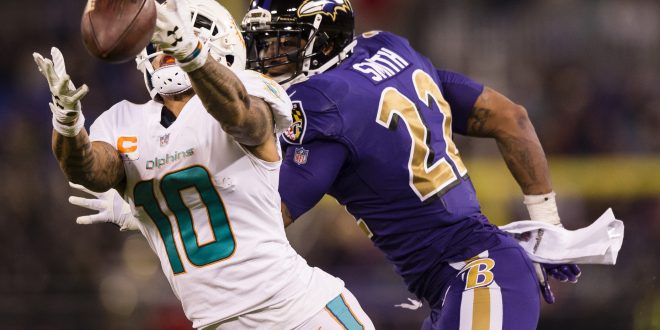 The National Football League continues this week with another set of interesting AFC matchups. The Baltimore Ravens started off conference action yesterday with a 40-0 win against the Miami Dolphins. With a blowout on Thursday Night Football, there is plenty of excitement to look out for at the halfway point of the NFL season.

Reaching the halfway point of the season is a good time to evaluate the future, especially in the AFC where some divisions are still tight. The AFC South and the AFC East feel tighter than ever in recent years. The Buffalo Bills are giving the New England Patriots a run for their money while the Jacksonville Jaguars and Houston Texans are right behind the Tennessee Titans. A win this week for the Kansas City Chiefs and the Pittsburgh Steelers leaves both teams in the driver’s seat to win their divisions despite how early it is in the season. Both teams for the most part have thrived on either offense, defense, or both. The Oakland Raiders big last second win against the Chiefs will be a big morale booster heading into Buffalo and could make the AFC West the highlight of the weekend to watch out for.

The Denver Broncos and the Kansas City Chiefs take over Monday Night Football this week. Expectations are high for the only divisional game in the AFC this week as the league’s best defense takes on the third-best offense. Despite this, both teams lost their games this past week. Denver will look to revive their offense instead of piggybacking on their defense while the Chiefs will not want to relive the Raiders game. You can get all the details for this AFC West matchup here.

If you are not paying attention to your fantasy teams this week, you probably should. The NFL ranked the top players to have for this week and the top four players came from the Pittsburgh Steelers and the New England Patriots. Both teams are leading their divisions with a 5-2 record.