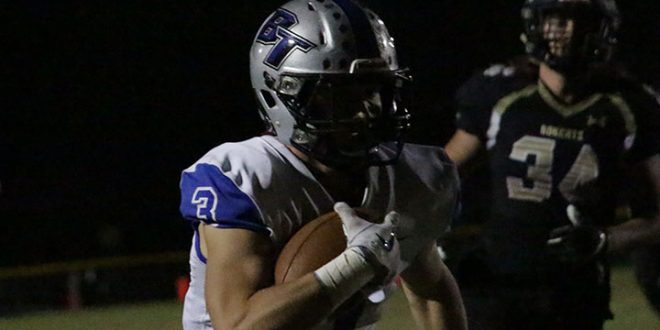 The Bartram Trail Bears are district champions; they achieved that football milestone by clobbering the Buchholz Bobcats 53-21 Friday night in Gainesville. Everything seemed to go right for the Bears from offense to defense to special teams.

As the game went on, Joey Gatewood, the other starting quarterback for Bartram Trail and a four-star Auburn commit, ran 23 yards for a touchdown. The PAT was no good, making it 19-7 Bartram Trail.

Bears begin to run away with it

After the game, Bartram Trail head coach Darrell Sutherland talked about the overall play of his team as well as his two quarterbacks.

Bartram Trail will face the Nease Panthers at home next week; Buchholz will travel to take on the Santa Fe Raiders next week.

Previous No. 4 Gator Volleyball Takes Care of South Carolina
Next When It Comes to McElwain’s Fate, It’s A Matter of When, Not If He’s Gone