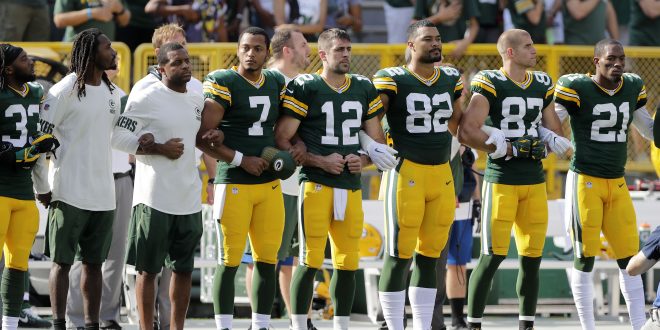 Tonight in the NFC North, Matthew Stafford and Brett Hundley will go head to head for the first time this season in Green Bay. Both teams have everything on the line.

The Packers are holding onto their chances of salvaging their season tightly- with a 4-3 record, they were headed in the right direction until Aaron Rodgers suffered a broken collarbone. The Lions, sitting at 3-4,  are fighting to make a name for themselves with their highest paid player in the league. The game is called to be close, with analysis giving a win equally to both teams. This makes for a perfect Monday night match up.

The Lions have the odds stacked against them in many ways. The have the 3rd worst winning percentage in night games since 1970’s. If the Lions can’t pull off a win tonight, the have to win the next six of their remaining eight games in order to even think about going to the playoffs. Even still, the 9-7 might not be enough. As for Matt Stafford, his stats are looking decent. With 12 TD’s this season, and a 60 percent completion rate, the highest paid player in the league should have some success in tonight’s game.

The Packers’ injury report is lengthy. Kevin King has a back injury and is listed as questionable for tonight.
Damarious Randall is questionable because of a hamstring, which would give Lenzy Pipkins and Josh Hawkins bigger roles if the pair is unable to play. And as for Rodgers, Green Bay knows they’ll have to continue the rest of the season with Brett Hundley. Hundley’s stats are minimal, in the three games he’s played in since Rodger’s injury. He’s got a 50 percent completion rate, paired with 1 TD and 4 interceptions.

Stafford made his best passing effort of the year against the Steelers last Sunday. With no ankle problems in sight, the Lions look good to go against Wisconsin. Green Bay has the home field advantage, but that might not mean much in this rival game. Kick off for this game is at 8:30.