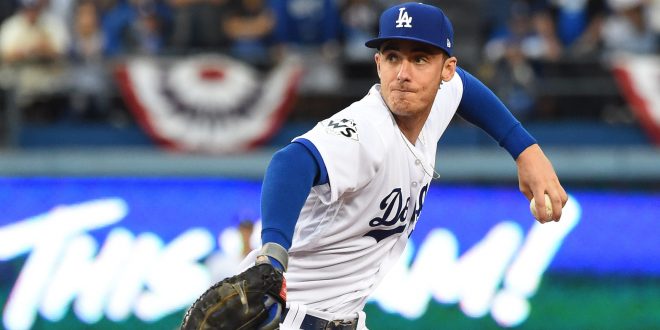 After having mesmerizing performances in their first year in the majors, Cody Bellinger and Aaron Judge earned the Rookie of the Year Awards in the National League and the American League respectively. Both players helped their teams by not only winning games, but changing the directions of both the Los Angeles Dodgers and the New York Yankees.

Bellinger arrived to the Dodgers when the team was having injury problems with players like Adrian Gonzalez early in the season. A power-hitting young talent who offered something different in offense to a team that has always being known for its pitching power. Bellinger looked like another prototype in the current style of play of baseball: long ball or striking out.

The 22-year-old rookie made 39 home runs. He broke the record of home runs hit by a rookie in the NL League and in the Dodgers; the previous record was held by Wally Berger (1930) and Frank Robinson (1956).

Bellinger was amazing at producing through long balls but could not replicate the same effectiveness through other ways. He had a .267 batting average and stroke out 146 times during the regular season.

Defensively, Bellinger offered an stable read of plays and positional sense on the shiftings. The Dodgers found an immediate replacement for Gonzalez on first base. Bellinger earned the full-time job at the position.

The Year of Judge Changed The Future of The Yankees

The Yankees began this season thinking that they were about to face a rebuilding year, in which their prospects would had to learn how to lose before winning. Judge changed that. For the first three months, Judge allowed his team to win games thanks to a fantastic offense. Judge had a .324 batting average, hit 27 home runs and made 62 RBIs.

After those hot first three months and blowing minds up during the Home Run Derby in Miami, Judge reached the limit of his rookie ceiling. Judge had a .207 batting average and stroke out 80 times during July and August.

Judgemania rose once again in September. Judge hit 15 home runs and made 32 RBIs during that month. He helped his team to qualify to the postseason by earning the home-field advantage in the Wild-Card game. Judge ended up breaking the home-run rookie record for home runs (52) held by Mark McGwire since 1987 (49).

Unfortunately for Judge, he hit the rookie ceiling (once again) like Bellinger did during the postseason. Judge had a .188 batting average, hit four home runs and made 11 RBIs in 48 at bats in October. He also broke the record for most strike outs during the postseason (27); Bellinger eventually broke this record in the World Series.

Journalism student at the University of Florida. Venezuelan and future sports journalist.
@joseso2793
Previous A Disappointing End for Gator Football Through the Eyes of Jawaan Taylor
Next Carolina Panthers Closeout Miami Dolphins in MNF