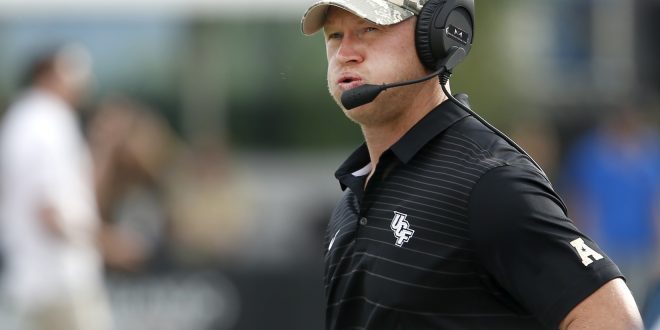 Frost’s success with the Knights 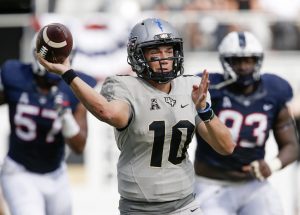 There is no doubt about it, the University of Central Florida’s football program hasn’t had incredible success as a program this year. The Knights have gained much more attention from college football this season because of their winning record. The main reason for this team’s success is Head Coach Scott Frost. The voice of the UCF Knights, Marc Daniel says that Scott Frost has built up this program that is like none other he has seen.

According to Daniel, UCF’s football program can only go up from their successes they have had this season.

The Knights went 0-12 in 2015 and 6-7 in 2016 and are currently undefeated with nine wins heading into their game against Temple this week. Daniel says that these next couple of games are pivotal in the overall success of this team. With a couple more wins for the Knights, they will most likely find themselves in a big bowl game appearance this year.

UCF is ranked 15 in the College Football Playoff Rankings. The Knights are one of only four teams (including Alabama, Miami, and Wisconsin) with an undefeated record (9-0). Because of the team’s success over the last couple of years, there has been lots of talk about where Frost will go next. Daniel says he believes UCF can see their head coach staying to build on this winning program he has created.

The Knights this year

UCF has outscored their opponents 437-186 beating most opponents by more than 10 points. The team has rushed for 1,892 yards this season. The last time the Knights found their team with this much success was their 2013 season. The Knights went 12-1 with their only loss coming from South Carolina.

The Knights will be playing at Temple this weekend with kickoff set for 12 PM.