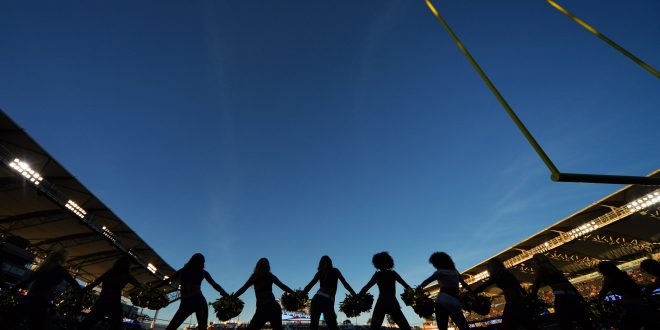 Week 11 of NFL play highlighted those teams who are serious playoff contenders compared to those who are downward trending. As the season winds down, making moves in the standings is critical.

The Eagles took over against their division rival, the Dallas Cowboys. Philadelphia came out on top, winning 37-9.

The Eagles are on an eight game winning streak and their 9-1 record is the best in the NFL.

All of the success has put the team in a great mood.

With the victory, Philadelphia has officially wrapped up the NFC East. They are now looking to lock up the number one seed.

In the most surprising win of the week, the New York Giants upset the Kansas City Chiefs in overtime.

The 12-9 victory snapped a three-game losing streak for the Giants.

The defense showed up big for New York, intercepting Alex Smith twice. The Chiefs were only able to convert three short field goals.

Although Smith led his team down the field in the final minutes of regulation to tie the game, the Giants were able to come up with a big play in overtime.

Aldrick Rosas sealed the game with a 23-yard winning field goal after a spectacular catch from wide receiver Roger Lewis.

Los Angeles Charges put points on the board

The struggling Los Angeles Chargers were able to turn it around against the Buffalo Bills.

The Chargers picked off rookie quarterback Nathan Peterman five times throughout the game.

Scores off interceptions and an explosive offensive performance by many allowed the Chargers to score 54 points.

27 of those points coming in the second quarter.

The 30 point victory was a cause of pride for LA quarterback Philip Rivers.

After starting out 0-2, the New Orleans Saints are on a roll.

The team has won eight straight games, something no team in the NFL has ever done before.

The 34-31 overtime victory over the Washington Redskins was almost improbable.

The Saints came back from being down 15 points with six minutes left to play.

Quarterback Drew Brees threw for 385 yards and went 11 for 11, throwing his two touchdowns on the final two drives of regulation.

The Saints will hope to keep the momentum going as they try and lock up a high playoff seed.

Fans of the NFL are not used to seeing the Green Bay fail.

The Packers were shutout by the Baltimore Ravens 23-0.

The Ravens defense forced five turnovers and Joe Flacco threw for 183 yards and one touchdown.

The 5-5 Packers have had a rough season since losing star quarterback Aaron Rodgers to a collarbone injury.

Week 12 won’t do them many favors as the Packers take on the 8-2 Steelers for Sunday Night Football.