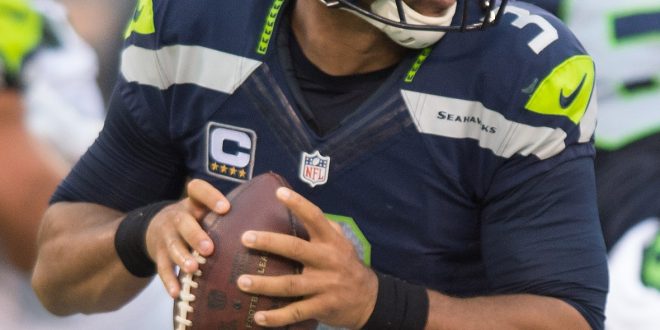 Hawks and Falcons face off in Monday Night Football

Week 11 is here and who better to open it up than the Atlanta Falcons and the Seattle Seahawks. Seattle has been in the playoffs since 2012. If they can hold their second place spot in the NFC West for now, they have a good chance again this year. The Falcons, however, haven’t seen as many trips. Before last year, they hadn’t come close to the playoffs since 2012. They sit third in the NFC South. With things looking up for the dirty birds the last couple weeks, they may still have time to turn things around.

Since February, the Falcons have led a captivating campaign of bouncing back better than ever for the 2017-18 season. The team had high hopes to do just that. However, it didn’t exactly happen that way. After loosing their famed offensive coordinator, Kyle Shanahan to the San Francisco 49ers, the Falcons seemed to take a plunge with their new OC, Steve Sarkisian. This hire brought lots of questions about where exactly the Falcons might go. Considering teams who make the super bowl that don’t win, are usually left in a tight spot the next year. And in some occasions, years after.

Looking at what Sarkisian has done so far, the fans aren’t too happy. One word to sum up his offense would be disorganized. Something tells me that he’ll be gone after this season, even if the Falcons manage to make it to Minnesota in February. Don’t forget, they made it last season with five losses… the only have four so far. If they play their cards right in tonight’s game, it could set them up to win out the rest of this season. But they’ve certainly got their work cut out for them, with division leaders still on their schedule. (Vikings, Saints and Panthers.)

Matt Ryan has had decent stats on the season. 199/299 completion/attempt, more than 2,300 yards and 13 touch downs.  But these stats aren’t amazing. If Matty Ice and the Falcons can take advantage of the Seahawks struggling defense, they’ll easily break through in the right areas. With cornerback Richard Sherman, (IR) along with safeties Earl Thomas (Questionable) and Kam Chancellor(out), Atlanta needs to make moves while they have their chance. It’s now or never.

Russell Wilson’s jaw isn’t keeping him down for this NFC South/West matchup. The Seahawks have a strong chance of getting at least a wild card this season. With key defensive players missing, loosing their QB would just be too much to deal with. Wilson’s stats are slightly more attractive than Ryan’s. He’s at 210/335 for completion/attempt, and has thrown for a little more than 2,500 yards this season. But he also has six more touchdowns than Ryan, at 19 and counting.

The Seahawks need to be prepared for Julio Jones. Although he’s questionable for tonight’s game, just the possibility of him playing could be catastrophic for Seattle. With their issues in the secondary, they’ll have to find another way to keep him under control. If they can’t turns things around, they’ll stay trailing the Rams for the 1st place spot in their division. Who would have thought, The Rams.

Kickoff is tonight in Washington at 8:30 p.m.

Previous Martin Truex Jr. Crowned as NASCAR’s 2017 Champ
Next The 2017 Iron Bowl has a Significant Impact on the 2017 College Football Playoff