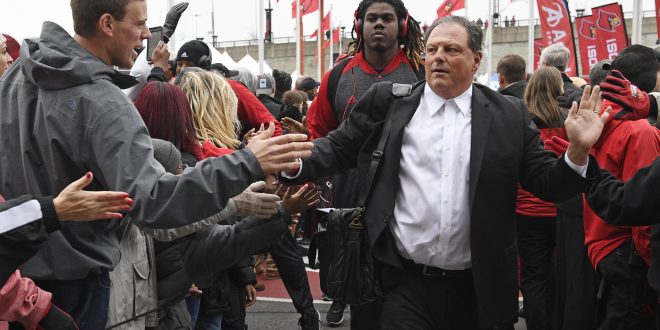 Florida Football head coach Dan Mullen is continuing to assemble his coaching staff and has decided to bring Todd Grantham aboard as defensive coordinator.

Grantham served in the same capacity under Mullen at Mississippi State. This continues the trend of Mullen bringing over coaches he worked with in Starkville. The Grantham hire comes just two days after the Gators hired Billy Gonzales and Johny Hevesy, who were both previously a part of the Mississippi State staff. Grantham thanked Mississippi State via twitter following his departure.

He replaces Randy Shannon who was not retained as part of the Gators staff. Grantham will be looking to improve a unit that regressed a bit in 2017. The Gator defense allowed 27.3 points per a game this past season. In 2016, the defense surrendered just 16.8 points per game.

I'm an above-average golfer with surprisingly great touch around the greens. Click on my twitter link for some sports talk.
@Ry_McGinn
Previous Gator Volleyball Prepares for Round One of NCAA Tournament
Next NBA Recap: Magic Top Thunder, Heat Fall to Knicks