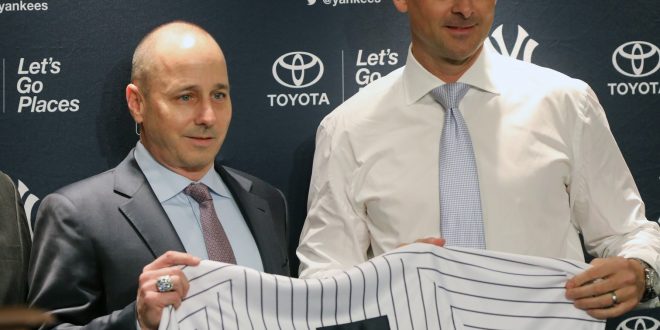 As of Wednesday, Aaron Boone is now the Yankees’ 33rd manager. He approached the press release conference with a confident, yet humble demeanor. It is impossible to tell how the team will do under this new management, but reactions are positive so far for the changes that have been made.

Although this is Boone’s first managing position, he is far from new to the baseball scene.  In his professional career with the MLB starting in 1997, he played for the Cincinnati Reds, New York Yankees, Cleveland Indians, Florida Marlins, Washington Nationals, and Houston Astros.  After he retired from playing the game, Boone became an analyst for ESPN.  Boone has been surrounded by baseball his whole life. His father, Bob Boone, was also an MLB player and manager. His grandfather and brother also were active in the MLB, so baseball has been a huge part of his life since he was born.

Boone is going into this job with a positive outlook, but he is aware and prepared for the criticism that he will be unable to avoid.  Anyone who takes a position of power that effects so many people is bound to receive some backlash at certain points, regardless of the decisions they make. He is very open with the fact that he lacks experience on the managing side of things and doesn’t know everything, but he seems to be doing everything in his power to make a difference for this team. “With the New York Yankees, we are chasing championships. I think I’ll be, as a manager, someone who isn’t chasing after wins every day. I want to get lost into the process. By doing that, I think we have a chance to get the best out of our players.”

Boone was up against five other people for this position, but the Yankees’ General Manager Brian Cashman was so confident in his decision to hire Boone, that Hal Steinbrenner didn’t even feel the need to meet with Boone before he made the final decision. Steinbrenner’s number one expectation for Boone is simply for him to lead the team to win World Championships.

So far, it seems as if the Yankees made a good choice on this one.