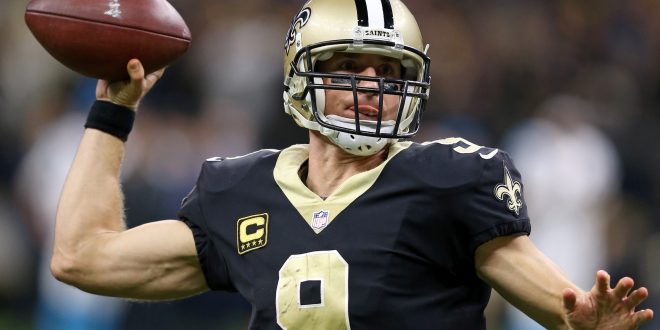 This week in the NFL brings the New Orleans Saints to Mercedes Benz Stadium for a NFC South match-up.

The 9-3 Saints will travel to Atlanta on Thursday for the first of two games against the 7-5 Falcons in three weeks. The Saints are yielding just 17.9 points in winning nine of their last 10 games. Although New Orleans has a two game lead against the Falcons, Thursday night will be a critical divisional test in Atlanta. Saints Quarterback Drew Brees says the Falcons defense is a challenge with their dynamic playmakers.

The Atlanta Falcons will have to bounce back from a home loss to the Minnesota Vikings last weekend. A 14-9 loss to the Vikings snapped the Falcons’ three-game winning streak. In the three wins, The Falcons averaged 27 points but were held to three field goals by the Vikings’ stout defense. Atlanta will have to make sure they keep an eye out for defensive stars Ma Ingram and Alvin Kamara. The two became the first backfield tandem since 1985 to both have 100 scrimmage yards in the same game four times in a season.

Falcons quarterback Matt Ryan says this is going to be a tough but exciting game.

The #Saints battle the Falcons on #TNF!

You can tune into ESPN 98.1 FM 850 AM WRUF at 7:30 for live pregame coverage of this weeks Thursday night Match-up.