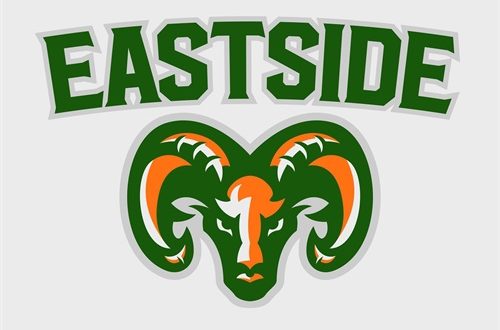 People tend to wonder where you should draw the line for the term “family.” The majority use it when they’re speaking upon their blood relatives. Some may use it when talking about close friends. But with what I’ve witnessed from the Eastside Rams boys varsity basketball team is that they are the epitome of the word, family.

The Leader of it All: Head Coach Herman “Pop” Williams

Needless to say, Pop is the father figure and leader of this team. How so? Credibility. This man has been the Rams head coach for the past 22 years and on top of that, he graduated from Eastside High back in 1981. He knows what “Rams pride” consists of, good grades and responsibility.

He has his players agree to sign a contract at the beginning of each season to have them personally call his cellphone every Monday, Wednesday, Thursday, and Sunday at 9:30 PM to check in.

“These players have to be responsible and disciplined enough for their rest days, they need to talk to me so I can know what theyre up to and not fooling around,” said Pop.

Secondly, he knows the game extremely well. Watching his team practice showed how explosive they can play and how respectful they are to Pop. His drills make the team better and more focused on the smaller details of the game. Plus, you can add that Pop hasn’t had a losing season in district play since 2012.

Lastly, it’s his love for his players. Pop has seen countless of young men come and go through his regime, good or bad he loves them all. What surprised me the most is that he remembers almost all of them. Especially the ones he’s lost.

Like former 2006 state champion Dante Anderson, who lost his life in a horrific car accident when he lost control of his vehicle. He was the #1 ranked junior in the state of Florida at the time of his passing. I never knew about this incident, but I can tell that it still hurts Pop even to this day.

He later took me into his office and showed me all of his accolades, posters, 2006 state championship banner, and even his picture with President Barack Obama. It was like Pop was showing me his own life and memories through his awards and newspaper cutouts.

A Closer Look at The Rams

After some emotional life stories, Pop stayed focused on what’s ahead. He’s extremely looking forward to this 2017-2018 season.

“Play hard, play smart and do what you practice, just have fun with it and the rest will come naturally,” said Pop.

Those words were his motto towards the upcoming season. Simple yet crucial to all aspects of the game.

The Rams have finished second in their district for the past two seasons. They also suffered a heartbreaking loss in the first round of the 6A State Championships against Palatka. Palatka eventually made it all the way to the Final Four of the championships so it was a tough matchup either way. But nonetheless, the Rams are on the up and coming, and they’re seeking for revenge. 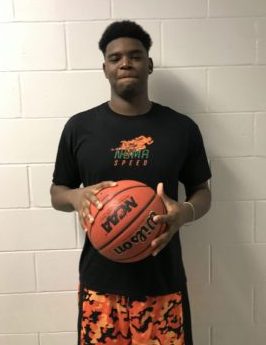 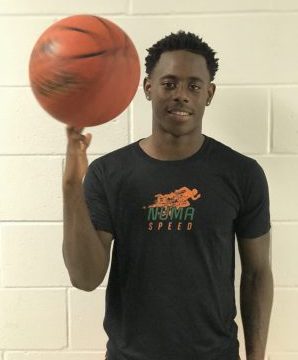 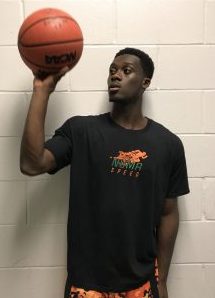 Malik Roberson, is an 18-year-old senior who’s confident with his playing ability. Identifies himself as the leader of the Rams as he has been for the past couple of seasons. Roberson was nominated into the Gainesville Sun’s Standing at 6’5, he’s the first player you notice on the court. Although shy in front of the camera, these were Malik’s thoughts on the upcoming season.

James Pope, the 17-year-old junior who starts at point guard, is another player that coach Pop has been looking forward to this season. He missed the entire last season due to eligibility reasons.

“He pushes the team, a great defender, he knows the game real well and makes his teammates better,” said Pop on behalf of Pope.

Pope hopes to one day lead his team to a state championship banner before he graduates. His role model is professional NBA basketball player James Harden. Pope says that he tries to copy Harden’s explosiveness and ball control to bring up his game. He’s also looking forward to playing against their bitter rivals the Gainesville Hurricanes after they lost in both meetings last season.

“Brain over brawn,” as they say is key to victories. And Kofe Asare has that expression locked down. The 18-year-old senior point guard is in the IB program at Eastside. Asare says it’s a little tough to balance out sports and a tough curriculum like the IB program but he wishes to get accepted into the University of Florida once he graduates, which makes it all worthwhile.

When asked how he could describe Coach Pop in one word, Asare thought long and hard before humorously coming up with “hectic,” and later laughed it off.

Asare provides good ball movement because of his great court vision and intellectual tactics to find the open man. Although he’s not a stat-machine, he shows strong defense each time and is comfortable coming off the bench.

The Eastside Rams are currently undefeated and stand at 3-0. Their first game ended in a blowout win against the St. Francis Wolves 71-49. Roberson finished with 25 points along with 15 rebounds in that defining win.

Afterwards, the Rams battled their inner-city rivals the Buchholz Bobcats in the following game. They defeated the Bobcats by 21 points with a final score of 63-42. Sophomore forward Anthony Richardson led their way to victory, knocking down 20 points and six rebounds in a defining 22-2 scoring run during the second quarter.

And in their most recent game, the Rams beat the Belleview Rattlers 50-38. It was their closest marginal game of the season. Junior forward Emmontae Shannon led the way with 10 points.

Their next game will be against Belleview in a back-to-back matchup on Friday, December 8 at Eastside High gymnasium. Tipoff will approximately begin at 7:30 p.m., depending on the freshmen and JV game conclusions.

Furthermore, tickets sell for $5 at the entrance. Food and beverages will also be sold on sight.

You can find the rest of the Rams upcoming schedule right here.

Recent grad from the University of Florida. Editing all articles on here while helping out the newbies. Love all things basketball.
@@MarcoJMartinez_
Previous Florida Volleyball Set to Play UCLA In Sweet 16 Matchup
Next Pruitt Named Head Coach at Tennessee