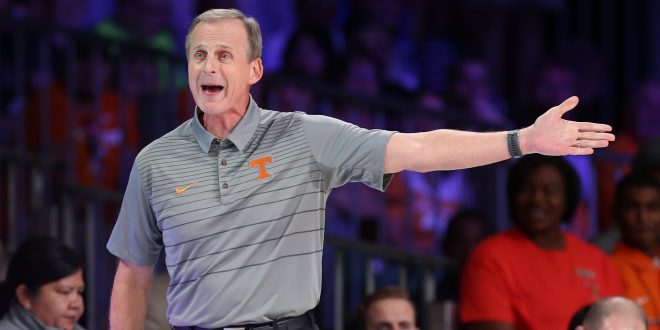 After a disappointing two losses to open its SEC conference schedule, the Tennessee Volunteers rebounded with a big-time win over Kentucky this past Saturday. Now they’re looking to build on the momentum as they visit in-state rival Vanderbilt.

Tennessee is led statistically by sophomore forward Grant Williams. He leads the Volunteers in scoring (15.8) and rebounding (6.8). Williams may lead the team individually in scoring, but he’s one of three Volunteers averaging double figures on the season. That’s thanks in large part to Tennessee’s ability to share the ball. They rank 18th in the country in assists per game (17.9).

One key aspect of this game to keep an eye out for is three-point shooting. Jordan Bowden (58.7%), Admiral Schofield (43.3%) and Jordan Bone (41.9%) all shoot the ball at solid percentages from deep for Tennessee.

Conversely, the Commodores have really taken a step back this season from beyond the arc. Last season Vanderbilt finished T-58 in the country in three-point field goal percentage (37.7%). This year has been a struggle (32.7%).

Vanderbilt has had to rely on the steady hand of senior guard Riley LaChance. This season he’s shooting the ball at a good percentage from the field (45.1%) and has cut his turnovers down to 1 per game (1.9 last season).

Tennessee head coach Rick Barnes expands on how Vanderbilt is a different team than they were last season.
Barnes believes the SEC is the best basketball league in the country. He explains why.

Barnes discusses the impact junior forward Kyle Alexander can have on a game when he is completely engaged.

Barnes touches on why his regular rotation shrinking a bit.

Drew wants to ingrain that same physicality into his own group and knows controlling the paint will be important in this matchup.

Drew reflected on the offensive struggles his team has encountered.

Ahead of another SEC showdown, Drew spoke about the depth of the conference.

I'm an above-average golfer with surprisingly great touch around the greens. Click on my twitter link for some sports talk.
@Ry_McGinn
Previous Preview: Missouri Hosts Georgia in SEC Play
Next Kentucky Takes on Texas A&M 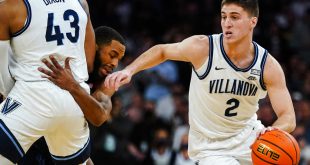 No. 3 Villanova Defeats No. 11 Michigan, Advances to Elite 8

The Villanova Wildcats defeated the Michigan Wolverines, 63-55, in the Sweet 16 on Thursday, Mar. …