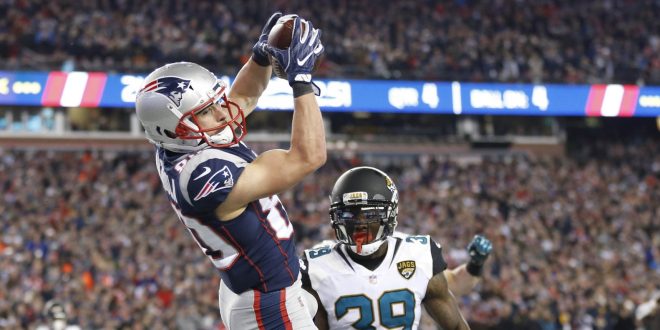 Patriots Heading Back To Super Bowl

The Patriots overcame the 10-point deficit and ending the game with a winning catch. The Patriots were losing until Danny Amendola made the winning catch that put the Patriots over the edge to take the victory from the Jaguars. According to Bill Belichick, Patriots head coach, Amednola is the definition of a good football player.

Even though New England’s tight end Rob Gronkowski left the game injured the play by Amendola shows the confidence that runs throughout the team. During the game against the Jaguars, Gronkowski suffered a concussion and didn’t return to the field. Without Gronkowski, the Patriots were at a disadvantage, but if there’s one thing about the Patriots that Tom Brady has faith in is New England’s consistent confidence on the field. Tom Brady believes in his team and their ability to play until the very end, and last night’s winning catch by Amendola was an example of that.

Don’t miss this rematch on February 4th at 6:30pm at the U.S. Bank Stadium.