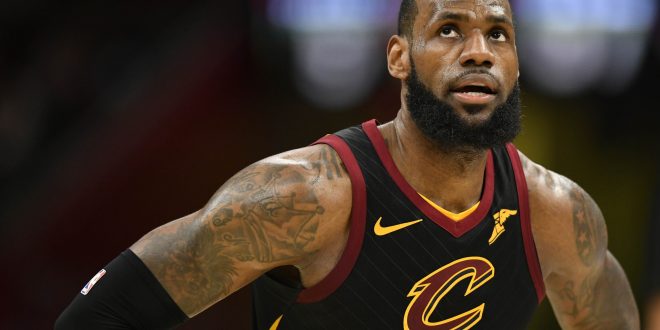 LeBron James is now only seven points away from claiming another career milestone.

Tonight James can pass Kobe Bryant as the youngest player in NBA history to reach 30,000 points. James and the Cleveland Cavaliers head to the AT&T Center in San Antonio, Texas, hoping to come out with a win and a new accomplishment.

In James’ mind, he’s already reached it. The four-time NBA MVP congratulated himself on Instagram Tuesday morning for reaching the 30,000-point mark

Up until his recent Instagram post, James has played it cool to the media. Despite only six players in NBA history achieving the record, James says points really don’t mean that much to him. 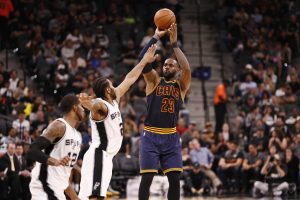 According to USA Today, James’ career scoring average is 27.1, and he has averaged at least 25 points a season every year outside of his rookie campaign, while shooting 50.3% from the field and 34.3% on three-pointers for his career.

James assures everyone that he isn’t into record chasing.

Not only will he be the youngest to do it, but James will also be the fourth-fastest to do it in games. Following Abdul-Jabbar, Jordan and Chamberlain.

James prepares taking on the Spurs tonight at 8 p.m.

Kate Venezio is a fourth-year telecommunication-news student at the University of Florida. Kate does it all: Behind the camera she captures emotional moments as a photographer for the University of Florida Athletic Association. She's comfortable being in front of the camera, too. Kate interviews players, coaches, fans and family members for pre- and post-game coverage as a beat reporter for ESPN Gainesville/WRUF-FM. In addition, Kate produces the sports segment for the weekly WUFT News program. There, she's responsible for writing the script in its entirety to include production commands. The presentation includes video highlights and interviews taped and edited, and Kate then live anchors the final package on a daily deadline. In addition, she writes stories for wruf.com where she informs sports fans of local, state, and national trending topics. Kate also utilizes social media as a tool to help get the stories in front of viewers.
@@kate_venezio
Previous Vladimir Guerrero: A Potential Hall of Fame Inductee
Next SEC Preview: Mississippi State at Kentucky