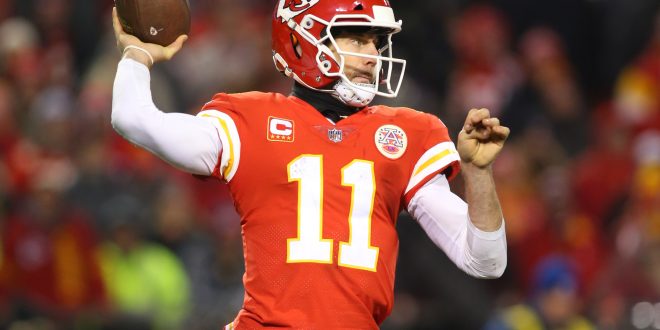 Kirk Cousins out, Alex Smith in with the Washington Redskins

The Washington Redskins opened up their salary cap and cleared up the quarterback situation Tuesday night when they signed Alex Smith, previously the quarterback for the Kansas City Chiefs. The Chiefs agreed to trade Smith in exchange for the Redskins’ cornerback Kendall Fuller and a third-round pick. Kansas City will save $17 million in the 2018 salary cap and will look for 2017 first-round draft pick Patrick Mahomes to take over as the starting quarterback.

Since signing Smith, the Redskins have a lot of promising opportunities to make up for losing both Fuller and Cousins in addition to a third-round pick. Washington was able to negotiate a four-year contract extension with Smith, paying him around $23 million per season (about $70 million has been guaranteed over the life of the contract). However, the negotiations won’t be final until March 14th, when the new league year begins. Per Chris Russell, at CBS Sports Radio, an NFL source also believe that Smith is the better choice over Cousins.

Longtime #NFL Exec. source on Alex Smith over Kirk Cousins to me moments ago: "Better player then Cousins. Upgrade over Cousins. May not have STATS like Cousins."#Redskins #Chiefs #NFL

Washington still has to make up for prior mistakes

Despite acquiring Smith, Washington’s fanbase is still raging over the missteps taken in 2016 in regards to Cousins. Executives offered Cousins a “poor” deal last summer, which was followed by a statement by team president Bruce Allen:

Bill Barness, a staff writer for ESPN, couldn’t have said it better when he said, “You shouldn’t congratulate a company for doing a great job of cleaning up its own toxic waste spill,…” With this trade and contract expansion, it’s unlikely Cousins will return to the Redskins.

Per ESPN, “Cousins is about to become the highest-paid player in the history of the NFL.” A team that wants to acquire Cousins can do so without losing a draft pick and even better, the 29-year-old fourth-round pick is still in decent shape to help a program develop and extend their season into the playoffs, assuming things match up well.

Cousins is expected to be released into free agency this March. Sources estimate Cousins could receive over $90 million in the first three years of his new deal. Cousins could possibly acquire $100 million in meaningful guarantees at his signing. With all the other technicalities in his potential new deal, Cousins could walk out with a five-year, $150 million deal. The best part? Cousins will most likely have another trade (as a free agent) or expansion opportunity before he turns 35.

Mari Faiello is a second-year journalism student and sports writer for the Alligator. She covers the University of Florida's softball team and has previously covered UF men's tennis, UF women's tennis and UF volleyball. She has worked at the paper since Fall 2017. She has worked at ESPN 98.1 FM - 850 AM WRUF since Spring 2018. Her favorite sports are volleyball, college football and hockey (Tampa Bay Lightning).
@@faiello_mari
Previous SEC Men’s Basketball Match Up: Missouri at Alabama
Next Tennessee Looks for Easy “W” Tonight vs. LSU