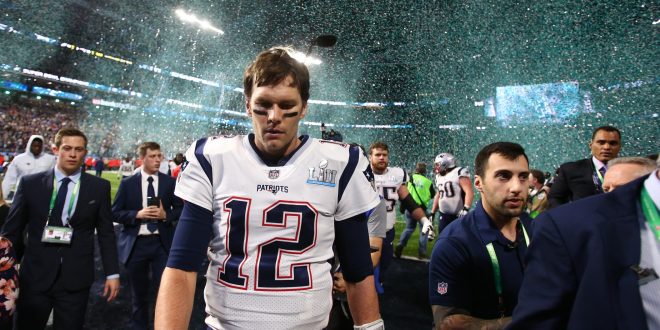 Brady and Belichick plan to return; Gronkowski noncommittal about his future

Brady Expects to Play Next Season

At age 40, Tom Brady has been dealing with questions about retirement all season. Back in May, Brady said that he wanted to play until he was 45. In his 18th season, Brady was phenomenal. He threw for over 4500 yards and 32 touchdowns and led the Patriots to 13 wins in a season in which he became the oldest player in NFL history to win the MVP award. In a press conference a few days before the Super Bowl, Brady asked “Why does everybody want me to retire so bad?” Despite the Super Bowl loss, Brady lit up the Eagles defense for a record-breaking 505 yards and 3 touchdowns. The 2017-2018 season proved Brady has a lot left in the tank, and he has no plans to retire anytime soon.

Brady was asked about his future once again in the post-game press conference.

Tom Brady says he expects to be back in the NFL next season pic.twitter.com/Km8RqluR0M

In early January after a conflicting ESPN report about his relationship with Tom Brady, Bill Belichick finally gave the media a straightforward answer about his future plans. On a radio interview, Belichick said he “absolutely” intends to be back with the Patriots next year.

Bill Belichick conference call audio when reacting to the ESPN Report and if he will be the coach for the Patriots next season # patriots @nbc10 pic.twitter.com/reL1SsNOJH

Belichick had no post-game comments after the Super Bowl regarding his future. However, he did nothing to indicate that his plans have changed moving forward.

Rob Gronkowski has had a litany of injuries in his career, with the most recent being a concussion in the AFC championship game two weeks ago. Gronkowski has missed 22 games in the past five seasons. He’s also had several major surgeries to his knee, forearm, and back. With the punishment his body has taken in his eight NFL seasons, the 28 year-old tight end is rumored to be considering retirement. Gronkowski addressed the retirement rumors after game.

Rob Gronkowski was asked about his playing future following Super Bowl LII and he did not deny retirement rumors. pic.twitter.com/7tl72uCNlq

Previous After A Week Off, Gator Women’s Basketball Returns For A Road Challenge Against No. 15 Missouri
Next Eagles Clinch First Super Bowl Title Over Patriots