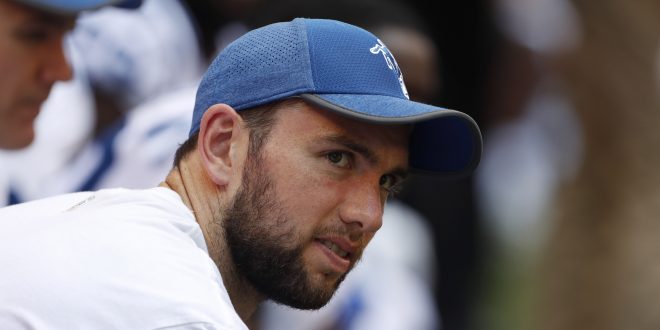 The Indianapolis Colts are facing a lot of chaos in the midst of Josh McDaniels’  turnaround and Andrew Luck‘s injury.

Colts General Manager Christ Ballard announced Tuesday that Patriots offensive coordinator Josh McDaniels would become Indy’s head coach. Little did he know that the Patriots were convincing him to stay on their coaching staff. Later that same day, McDaniels notified the Colts that he decided to stay in New England. Turning his back on the Colts head coach offer, McDaniels left Indianapolis in search of a head coach yet again.

In response to McDaniels denial, Ballard said the team was “disappointed and surprised” after getting a solid agreement in place. He went on to say,

“People tell people no every day. And that’s his prerogative and that’s his choice. He chose not to be an Indianapolis Colt and that’s okay. We’ll move forward.”

Prior to the 2017 season, Colts quarterback Andrew Luck underwent surgery for a right shoulder. Recovery didn’t go as planned and had Luck on the bench all season. His need for assistance on his road to recovery only made McDaniel’s U-turn more painful for Indianapolis. This off-season, Luck is starting to practice throwing again and training with a football. According to Bleacher Report, doctors say that Luck may need additional surgery, but final decisions won’t be made until he goes through some training.

While fans and doctors are uncertain, Ballard is confident in Luck’s recovery and return.

Other factors in Colts chaos

While the hunt for a head coach and the status of Andrew Luck seem to be on the forefront, the Colts face other questions as well. Without Luck’s leadership in 2017, the Colts went 4-12. Even with his strong and mostly healthy performance in 2016 and 2015, still the team had two .500 seasons.

Some question Frank Gore‘s future success as a running back for the Colts. Gore is now a free agent, but even if he stays in Indianapolis, fans are unsure about the potential extent of his success as he approaches 35.

Additional Colts free agents include Donte Moncrief and Kamar Aiken, who are some of the team’s top receivers behind T.Y. Hilton.

With all of this in mind, GM Ballard and the coaching staff look to move forward. Ballard feels good about the team’s ability to push through the chaos.

I grew up in the Washington, DC area and now I'm a Gator. I'll always be learning more about myself, others and the world around me. And I'll always be talking about sports.
@kelsey_godman
Previous Florida’s Pitching Arsenal for 2018 Season
Next 2018 NBA Trade Deadline Provides Drama