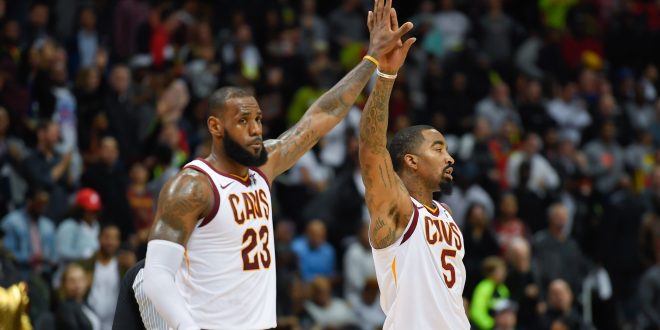 The Cleveland Cavaliers look to be potential Eastern Conference favorites once again. After a busy NBA trade deadline, the new-look Cavs beat the then Eastern Conference-leading Boston Celtics 121-99 at TD Garden. A revamp including Jordan Clarkson, Rodney Hood, Larry Nance Jr. and George Hill has immediately created a spark in the Cavs locker room. LeBron James playing against Boston is always a special occasion, as evident by his mid-game celebrations highlighted by the media. Although the trades were questionable, there are a few reasons why this team might be better than before.

Cleveland and Dan Gilbert had been embracing the Pat Riley system of strengthening through free agency after trading Kyrie Irving. The locker room was full of veterans including Dwyane Wade, Iman Shumpert, Channing Fyre, and more. Although the Cavs kept all-star Kevin Love, J.R. Smith, and Kyle Korver, they offloaded former all-star Isaiah Thomas and more. The team sat behind the Celtics and Toronto Raptors in the standings, going 0-8 in nationally televised games against quality opponents. Bringing in young role players at various positions into the mix adds a refreshing feeling that is needed. Surrounding LeBron James with players that have not reached their potential rather than washed-up veterans allows the team to get better rather than only get worse.

“We haven’t gelled yet, but if it looks like that then I think we have a chance to be something special.”

George Hill after his @cavs debut, a 121-99 win over the Celtics. pic.twitter.com/3XB3ic1eHW

Plenty of rumors surfaced about the potential of LeBron James leaving Cleveland again next summer. With the Cavs playing subpar, LeBron was being linked to the young and upcoming Los Angeles Lakers, the thriving Houston Rockets, and a potential return to the Miami Heat. Although LeBron continues to reach the NBA Finals every season, the loss of Kyrie Irving and the success of the Boston Celtics seemed to be the end of LeBron’s domination. However, the revamped Cavs and the potential success they may experience can strap down James for at least another season. The moves at the trade deadline were a statement by the Cavs that James is not the only person running the team and that the Cavs can still potentially contend without him.