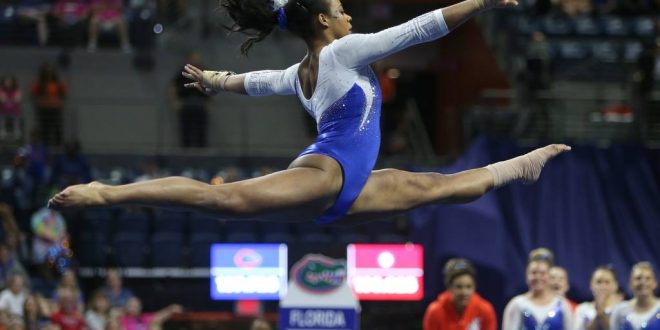 This will be the Gators Gymnastics 149th meeting against Georgia. The Gators have not met another opponent as many times in the programs history like Georgia.

Meanwhile, Alicia Boren set her collegiate best for bars, 9.925, and equaled her floor best, 9.95, for the eight time. Boren also won her consecutive all-around title with a season-best 39.6.

Baker was named SEC Specialist Gymnast of Week after her 10.0 on floor, and Alyssa Baumann was named SEC Freshman of Week. Baumann competed on beam and floor against Alabama and posted a 9.925 on both events, making it her collegiate best on floor.

The Georgia Bulldogs opened the season against the Alabama Crimson Tide and were handed a lost. They then hosted the Sooners for their first home meet and were also handed a lost. Since then the Bulldogs are 3-3 overall and 2-1 at home.

The meet will kick off the SEC Network’s Friday Night Heights action at 7 p.m.

Previous No. 5 Gators Host Top-Ranked Maryland in Home Showdown
Next Another Strong Performance Not Enough For Gator Women’s Basketball As They Drop Sixth Straight