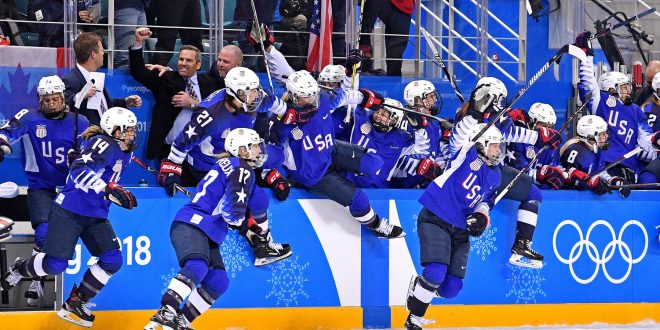 While you were sleeping, the Olympics were lively with tons of actions from hockey to skiing in Pyeongchang, South Korea.

As USA’s Jocelyne Lamoureux prepared to skate down the length of the rink for the sixth attempt in the shootout, she breathed deeply. While everyone held their breath, the 28-year-old remained calm and executed the deke of the century to give the Americans the gold.

Entering the tournament, many expected the matchup between Canada and the United States. When they met in the group stages, the game was filled with hostility. Spectators couldn’t help but enjoy the drama.

So when the two teams faced off almost a week later, many knew it would be a great matchup.

The United States looked in control with the scored 2-2 in the third period.

With relentless pressure on the fore-check, and Canada chasing seemingly always on the power play, it seemed like it was only a matter of time for the Americans. But they could not put it away in regulation.

In the four-on-four overtime, the Americans again had relentless pressure. Canada survived a couple of close calls, including a shot off of the post, sending flashbacks to their matchup in Sochi four years ago. Canada again survived to get into the shootout.

For five shots, both goalies stood firm until Lamoureux came to the line. With a triple-deke — completely faking out Canadian goaltender Shannon Szabados — Lamoureux had an open net to score the game-winner.

This win was USA’s first gold medal in women’s hockey since 1998. This drought also ended Canada’s gold medal streak at five Olympics in a row.

All the highlights from the U.S. Women's #Gold medal win over Canada at the #WinterOlympics. #GoTeamUSA https://t.co/9AdkGBH688

Even with all of their dramatic victories, the United States has had a disappointing Olympics up to this point. Sitting in fourth place, USA trails Norway, Germany, and Canada for total medals and gold medal.

Norway added to their impressive medal count with a silver medal last night in the Nordic Combined. This would tally Norway its 12th silver medal at Pyeongchang and 34th total medal. They now lead all nations by a margin of nine medals.

The next closest nation, Germany, added another gold to their count by winning gold in the Nordic Combined over Norway. This gold tied Norway’s gold medal count at 13. Germany sits at 24 total medals and solidly in second place. 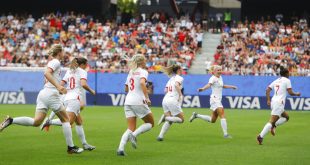 Norway Faces England in Replay of 2015 WWC Round of 16