P.K. Yonge girls’ basketball season ended in a disappointing fashion. After upsetting No. 2 Providence to make it to the state semifinal, P.K. Yonge faced a lopsided opponent in Tampa’s Carrollwood Day School. The night ended on a low tide for the Blue Wave, with a final score of 67-35.

What Went Wrong for P.K. Yonge?

P.K. Yonge (20-8) got off to a slow start with 13 turnovers in the first period. By the end of the first half, the Blue Wave had just seven points on the board. And the problems were just beginning. Carrollwood Day (27-3) ended up forcing a whopping 40 turnovers by the end of the night. Also worth noting, the Patriots had 27 turnovers of their own.

Final Stat Leaders from our 1st semifinal for Class 4A

Despite the 32-point beatdown, P.K. Yonge still has a great season to look back on. The team’s trip to state was their first in the last six years.

In more Blue Wave news, the boys’ team will head to the Final Four. 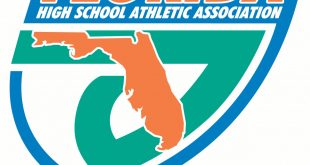 High School Football is back

The 2021 high school football season is starting tonight. The slate of games is full. …