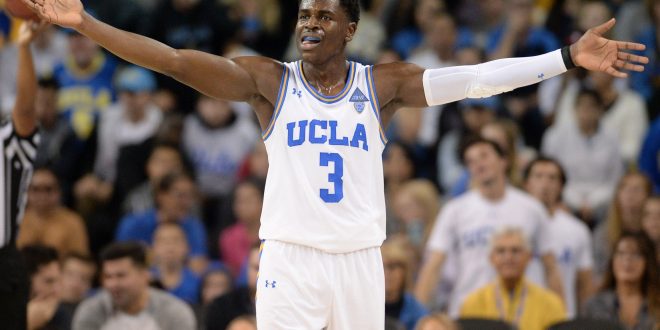 The Florida Gators are dancing in the NCAA Tournament for the second straight year. The 6th seeded Gators are in the East region and will face the winner of the St. Bonaventure and UCLA play-in game. They will play in Dallas for the first two rounds, and will head to Boston if they advance to the Sweet 16.

“We’re excited to compete in the NCAA Tournament again, which is one of the most unique and special events in all of sports,” Florida Head Coach Mike White said. “I’m happy for our team to have this opportunity, and we obviously have two really good potential opponents to start preparing for.”

UCLA had a rough start to the season after losing numerous key players because of a shoplifting incident in China. The Bruins rebounded nicely and started the season 7-1. Their resume is highlighted with victories against top tier teams such as Kentucky and Arizona, but they lost three of their final five games to conclude the season.

The Bruins struggle on the defensive end but rank 23rd in offensive efficiency. They are quarterbacked by Aaron Holiday, who led the Pac-12 in scoring (20.3 points per game). He shot 43.4% from beyond the arc and was named First Team All-Pac-12 and First Team All-Defensive Pac-12. The junior also averages 5.8 assists per game (2nd in Pac-12) and shot 43.3% from beyond the arc.

With Holiday running the show, UCLA loves to play with pace and push the ball in transition. They also shoot 38.2% from three, which is significantly above the national average.

According to Kenpom.com, the Bruins are the 5th tallest team in the NCAA. Big teams have posed major problems for the Gators all season.

While UCLA thrives on offense and struggles on defense, St. Bonaventure poses an opposing challenge. The Bonnies are an extremely balanced team, with a top 100 offensive (59th) and defensive (94th) efficiency.

The Bonnies convert 39.8% of their attempts from beyond the arc, but struggle making shots inside of long range. Before the Atlantic 10 Conference Tournament, they won 12 straight games and are currently 25-7 on the season.

When Do the Gators Play?

Florida will play on March 15th at 9:57 p.m. in Dallas, Texas. UCLA and St. Bonaventure will play on Tuesday night at 9:10pm. If the Gators do advance, they will take on the winner of No. 3 Texas Tech and No. 14 Stephen F. Austin.