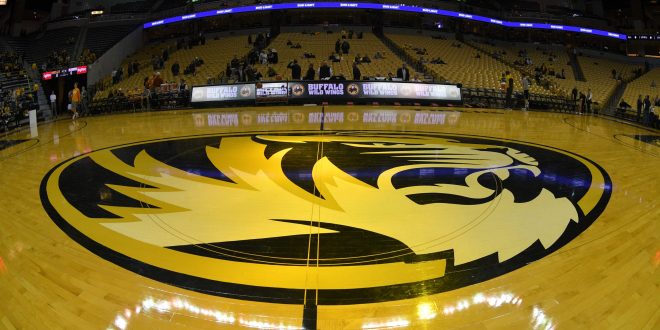 Mizzou Women’s Basketball on the Road To Start NCAA Tournament

The Missouri Tigers women’s basketball team are back in the NCAA Tournament for the third season straight. They set a goal early on in their 2017 season to host the first two rounds of the NCAA tourney at Mizzou Arena, something that only the top 16 seed teams in the bracket get to do. Double-digit losses in two of their three last games saw them become a No. 5 seed in the Lexington Region and took them on the road. There is still ample reason for Tiger fans to be proud as its the highest seed for Missouri in the NCAA tournament since 1985(when it was limited to 32 teams) as well as the first time since 2001 that Mizzou men and women’s basketball has reached the NCAA Tournament in the same season.

#Mizzou women’s basketball is a No. 5 seed in the Lexington Region and will face No. 12 Florida Gulf Coast pic.twitter.com/SAm5vU2DdY

The Tigers finished with an overall record of 24-7 and a conference record of 11-5. They finished the season ranked No. 17 in Monday’s final Associated Press poll. Game averages included 69.7 points, 39.2 rebounds and 16 assists. They got off to a rough start with a loss to Western Kentucky. After that loss, they redeemed themselves and more with a 13-game win streak that was only broken by LSU on January 4.

The rest of their season got increasingly competitive, seeing them face ranked SEC opponents like Mississippi State and Georgia. Season scoring leaders include guard Sophie Cunningham averaging 18 ppg, forward Jordan Fredericks with 12.1 and forward Cierra Porter with 9.9. Cierra Porter also leads in average rebounds with 7.7, followed by Jordan Fredericks with 7.5 and guard Amber Smith with 5.5. Mizzou has been dealing with several season-ending injuries in 2017, losing starting point guard Lianna Doty to a foot injuring as well as forwards Kayla McDowell and Bri Porter with torn ACLs.

On Saturday the Tigers will head to Palo Alto, California to play No. 12 seed Florida Gulf Coast, who are sitting pretty as the Atlantic Sun Conference champion with a 30-4 record. Both teams are 3-0 against Illinois, Kentucky and SIUE this season. The winner of Saturday’s game will advance to Monday’s second round to play the winner of either No. 4 seed Stanford or No. 13 seed Gonzaga.