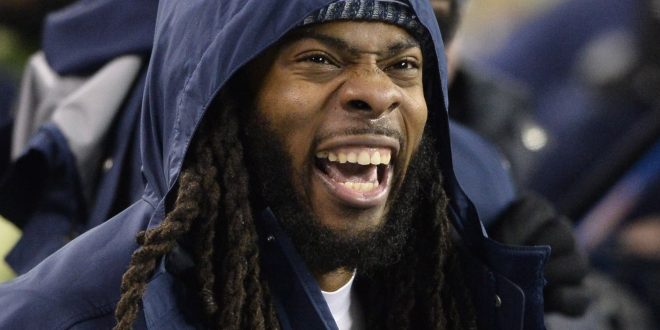 Richard Sherman Moving On From the Seattle Seahawks

.Richard Sherman, the cornerback who once considered himself the “best cornerback in the league” will find himself in a different uniform for the upcoming NFL season. For the first time in 7 years, Sherman will play for a team other than the Seattle Seahawks.

In college, Sherman played for the Stanford Cardinals. He began his career as a wide receiver before moving to the cornerback position as a junior. He was then drafted in the fifth round of the 2011 NFL Draft by the Seahawks and has since had the most interceptions and defended passes of any active player.

In 2013, Sherman led the NFL in interceptions and helped lead Seattle to win their first Superbowl in franchise history. Sherman has appeared in the Pro-Bowl a total of four times and has also been voted All-Pro four times, three of those times to the first team.

The 2017 season presented Sherman with some struggles including an achilles injury suffered in Week five of the season. Fighting through the pain, Sherman continued to play on the injury until Week 10 against the Arizona Cardinals. During the Seahawks 22-16 win, Sherman ruptured his achilles and left the game in the third quarter. He was then ruled out for the season and later released by the Seahawks on March 9, 2018.

Sherman didn’t consider himself a free agent for long. He agreed to a contract with the San Francisco 49ers a day after being released by the Seahawks. The 49ers weren’t the only team to reach out to the cornerback but their offer stood out among the rest.

The agreement was a three-year, $39 million contract. Part of the money is only guaranteed if Sherman is able to return to his previous All-Pro form. Sherman believes he will be back on the field in May or June and will be ready to go in time for training camp. If his timing is right, Sherman will have a chance to earn a spot on the roster and find himself in uniform for the 2018 NFL season.

A lot of people think I only signed with the @49ers because I’ll get to play the Seahawks twice a year.

But there’s a lot more to it than that. https://t.co/OYAFkWWXcc