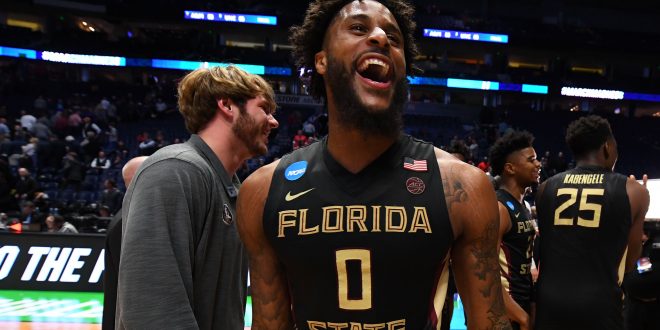 The No. 9 seeded Florida State men’s basketball team will play in the Sweet 16 for its fifth time in school history. They will face No. 4 seeded Gonzaga, who will be playing in their seventh Sweet 16.

After finishing the regular season 20-10, Florida State was seen as the underdog throughout the NCAA Tournament. That all changed when it came down to the Seminoles’ second-round game against the No.1 seeded Musketeers.

For the second year in a row, Florida State trailed Xavier by double digits in the second half. Another “tomahawk flop” seemed inescapable. With only 9 minutes remaining in the West Region game, the Seminoles were down by 10, but came back to dominate the game 75-70.

With 1:08 to play, Florida State’s shooting guard, PJ Savoy, made a critical three-pointer. The Seminoles hadn’t led since the score was 15-14 in the first half. This was an incredible moment for Florida State as the team advanced to the Sweet 16.

The Seminoles may be excited to play in the Sweet 16 tonight, however they are up for a tough challenge against opponent Gonzaga.

Gonzaga opens as a six-point favorite against the Seminoles. The past 19 seasons, the Bulldogs have reached the NCAA

With one of the top defenses in the league, the Bulldogs have a defensive advantage over Florida State. However, Gonzaga must work on their free throw shooting in order to have the full package to move on in the tournament.

Tournament under Coach Mark Few. This season Gonzaga is making its seventh Sweet 16 appearance. For the third time in the past four years, Coach Few and the team are aiming to reach the Elite Eight.

The Florida State vs. Gonzaga Sweet 16 matchup will take place tonight at the Staples Center in Los Angeles. Tip-off is set for 9:57 p.m.

The team who comes out on top will face the winner of the Michigan vs. Texas A&M game in the Elite Eight.