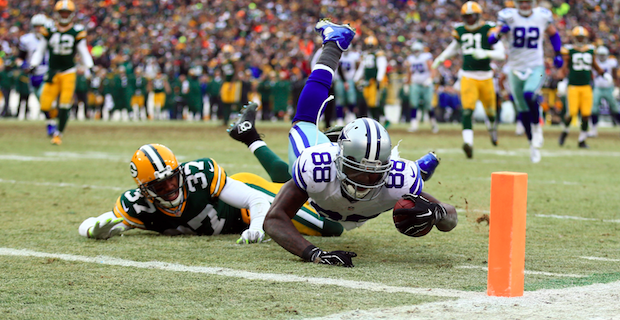 For decades, defining what is and isn’t a catch in the NFL has caused frustration for players, coaches and fans. The Competition Committee proposed several recommendations Wednesday to clarify the catch rule.

“Slight movement of the ball, it looks like we’ll reverse that. Going to the ground, it looks like that’s going to be eliminated. And we’ll go back to the old replay standard of reverse the call on the field only when it’s disputable.”

The “going to the ground” rule Vincent references states, “A player is considered to be going to the ground if he does not remain upright long enough to demonstrate that he is clearly a runner. If a player goes to the ground in the act of catching a pass (with or without contact by an opponent), he must maintain control of the ball until after his initial contact with the ground, whether in the field of play or the end zone.”

Opposition to the catch rule changes

While many agree that these clarifications are necessary, not everyone is so optimistic about the changes. Michael Hurley of WBZ Boston Sports believes there are new questions that will arise with the new catch rule. Hurley highlights the overturned Jesse James catch in December that caused a lot of controversy between the Steelers and the Patriots.

Did the NFL just fix its catch rule … or did the NFL just create a whole new set of issues? @michaelFhurley explains why it's most likely the latter. pic.twitter.com/28oECnB1g4

On Tuesday, March 17th in Orlando, the franchise owners have their annual meeting. In order to set the rule changes in stone, at least 24 of the 32 team owners must agree.

I grew up in the Washington, DC area and now I'm a Gator. I'll always be learning more about myself, others and the world around me. And I'll always be talking about sports.
@kelsey_godman
Previous Dwight Howard Dominates in 30-30 Performance
Next Florida State Faces Gonzaga in Sweet 16 Matchup