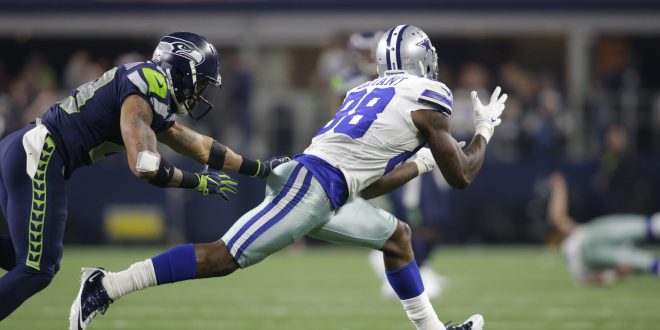 There is a constant question surrounding the NFL game: what is considered a catch?

During an NFL owners meeting on Sunday, the owners needed to discuss multiple issues. And, one of those issues is a new catch rule.

So, the eight-man Competition Committee team proposed what they came up with.

After the meeting, NFL Senior Vice President of Officiating Al Riveron tweeted the idea out for everyone to see.

What is a Catch?

Over the years, there have been multiple questionable catches from the Dez Bryant non-catch in the 2014 NFC divisional playoff game against Green Bay to the Jesse James catch in 2017.

According to Sports Illustrated’s Peter King, Riveron went over these two catches during the meeting.

He says that with the new guidelines both of these controversial non-catches would be considered catches.

What is this New Rule?

So, what exactly is this new rule?

The new catch rule breaks down into three steps:

While the first two steps make sense, the third one is a bit more confusing: what is considered a football move?

So, Riveron explained what he means by football move:

Any change proposal to NFL rules needs at least 24 votes out of the 32 owners to get approval.

As a matter of fact, the owners voted on this new catch rule this morning, and the owners’ vote was unanimous.

In addition, the owners approved these rules shown below: