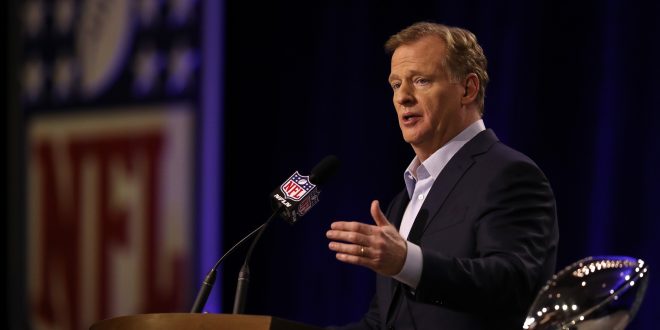 The NFL has released multiple new rules for the 2018 season at the NFL Owners Meeting in Orlando Tuesday. The most important rule being the new helmet rule proposed by competition committee chairman Rich McKay.

Use Your Head, Not Your Helmet 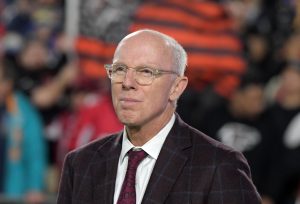 Players who lower their head to initiate and make contact will receive a 15-yard penalty and possibly an ejection.

The owners approved the rule unanimously.

McKay says the increasing number of helmet-to-helmet hits in the NFL is the cause of the rule change.

McKay’s rule has left many players and coaches with a number of questions: “What will cause an ejection?” “Are these hits subject for replay?” “How will referees enforce the rule?”

NFL Commissioner Roger Goodell’s emphasis at the Owners Meeting is focusing on necessary changes. Using the helmet as a weapon rather than protection is a change all 32 owners and most players can get behind.

Goodell went on to say that he and others at the meeting spent several days putting this rule together in hopes of protecting players. That being said, some players didn’t take the news lightly.

“It’s ridiculous. Like telling a driver if you touch the lane lines, you’re getting a ticket. It’s gonna lead to more lower-extremity injuries.”

Sherman even went as far as supporting players for leading with their helmet.

The hit on Gronk is the only way Church could have done his job without just obliterating Gronks knee. If he would have just hit him low most ppl would calm him dirty. So there is nothing he can do to make everyone happy and do his job. Unless you think he should let him catch

Washington Redskins’ cornerback Josh Norman feels that the rule is going to be hard to avoid.

“I don’t know how you’re going to play the game. If your helmet comes in contact? How are you going to avoid that if you’re in the trenches and hit a running back, face mask to face mask and accidentally graze the helmet? It’s obviously going to happen. So, I don’t even know what that definition looks like.”

It will be interesting to see how this rule will affect the pace and play of an NFL game and the NFL in general.

Are we going to see the greatest NFL offensive season ever? How about new defensive schemes? Will defensive players show their true colors in terms of talent? Will big free agency contracts begin favoring defensive backs more?

@@UlyssesGrantIII
Previous What to do with Dez Bryant?
Next No. 4 Gators Softball Split Doubleheader Against FIU