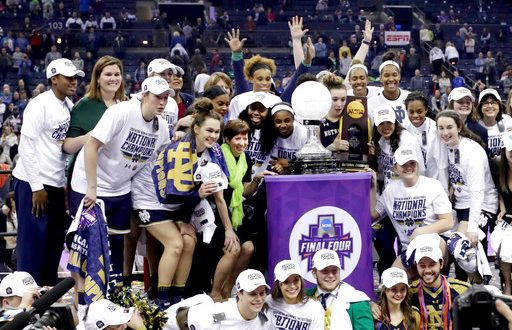 To hit a game-winning shot in the Final Four against an undefeated and dominant UConn team was a dream come true for Notre Dame guard Arike Ogunbowale. Little did she know she would go on to do this same thing just two nights later to give the Irish their second National Title in program history.

After trailing by 13 points at the half and scoring just 3 points in the second quarter, Notre Dame fought back and outscored Mississippi State by 16 points in the second half. Jessica Shepard and Ogunbowale led the way for the Irish throughout the game with 19 and 18 points, respectively.

Coming down the stretch, a Marina Mabrey three and a Jackie Young jumper tied the game at 58 with 45 seconds remaining. Notre Dame then forced a turnover and would’ve scored a game-winning layup had it not been for Mississippi State’s Teaira McCowan committing a foul.

After the foul, the Irish inbounded the ball with 3 seconds left and the ball found its way into Ogunbowale’s hands. She received the ball, dribbled toward the corner, and launched an off-balance 3-pointer toward the basket. With .1 seconds on the clock, the ball went through the net and gave Notre Dame a 61-58 lead.

Notre Dame Head Coach Muffet McGraw says she was in disbelief when the shot went in.

Notre Dame trailed by 15 points halfway through the third quarter, and their chances at the title were not looking good. But the Irish never gave up, fought back, and eventually went on to win the game.

The Fighting Irish showed this resiliency in their semi-final game, as well, when they took down UConn. Notre Dame came back from an early deficit to win on a last-second shot in overtime, again by Ogunbowale.

Sunday’s comeback was the seventh time this season that the Irish have come back from a double-digit deficit.

McGraw says she is proud of her team’s ability to bounce back and step up when it matters most.

The Irish proved they could battle back, not just in games, but over the course of the season, too. It has been a very improbable title run for them after losing four players, including senior standout Lili Thompson, to ACL injuries. This left them with only seven healthy scholarship players who were forced to step up.

Great for the Game

There was a very high excitement level at this year’s Final Four and National Championship games. The level of play and the way each game came down to wire allowed the teams, as well as the fans, to really get into the games.

For a sport that doesn’t typically draw the most attention, games like this have the capability of changing viewers’ outlook on the sport.

McGraw says she thinks this was one of the best Final Fours and hopes it goes a long way to help the game of women’s basketball. 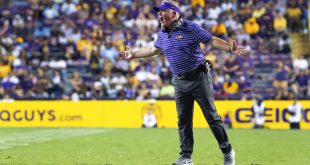