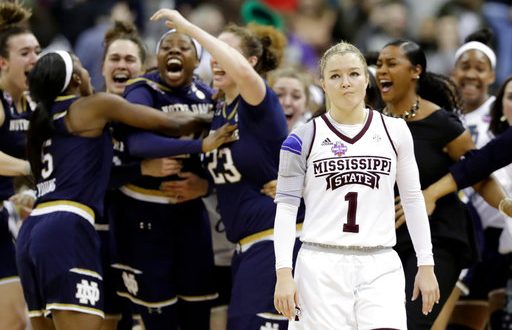 The 2016-2017 Mississippi State Bulldogs are known most notably for ending the UConn Huskies’ 111-game winning streak with a 66-64 overtime victory in the Final Four. That game was a magical moment for the Bulldogs and as a result, catapulted them to overnight fame. Despite this, the team would run out of gas in the next game and lose to South Carolina. The Bulldogs finished as the National Runner-Up.

The Bulldogs started the 2017-2018 season ranked No. 7 in the AP Top 25 poll. They made it very clear from the start that they were back for vengeance, scoring 90+ points in 4 of their first 6 games. Mississippi State would go on to dominate conference play, beating their opponents by an average of 24.6 points per game. The Bulldogs finished the regular season ranked No. 2 in the country because of their stellar play. Their 30-0 record consequently gave them the program’s first ever regular season conference title. They would eventually lose 62-51 in the SEC Tournament Title Game to South Carolina, bringing an end to their undefeated record. Despite the loss, the Bulldogs were locked in for a 1-seed in the Kansas City Regional of the NCAA Women’s Basketball Tournament.

Mississippi State continued its trend of dominance in the Kansas City Regional. They defeated their first four opponents by 22.5 points per game and were over 50 percent in field goals made in three of the games. They defeated UCLA in the Elite Eight to advance to the program’s second Final Four.

It was in the Final Four that the Bulldogs faced their first test of the tournament. The Bulldogs matched up against fellow 1-seed Louisville out of the Lexington Regional. In a tight, back-and-forth contest Mississippi State found themselves down three points with 11 seconds left. Mississippi State senior guard Blair Schaefer in-bounded the ball to fellow senior Morgan William. It soon found its ways into the hands of senior Roshunda Johnson, who launched up a three-point attempt from the corner. It went in.

The Bulldogs sent the game to overtime and came out with a 73-63 victory to advance to the National Championship Game.

The Mississippi State Bulldogs faced off against the Notre Dame Fighting Irish in the National Championship, just two days after their emotional overtime win. The Irish were coming off an emotional overtime finish of their own as well, having knocked off undefeated and top-seeded UConn in overtime on an Arike Ogunbowale buzzer-beater.

The Bulldogs and Irish battled back and forth all night, and at a point it seemed like the Bulldogs had gained a definitive upper hand. They led the Irish by 13 at halftime, and led by 15 at a point in the third quarter. The Irish would not be denied however. They stormed back to tie the game 41-41 entering the fourth quarter.

The two teams slugged it out in the final ten minutes, trading leads several times. The Bulldogs finally managed a 5-point lead on a Roshunda Johnson three-pointer with 1:58 left, but Notre Dame stormed back again. The Irish tied the game with 45 second left off a Marina Mabrey three-pointer and a Jackie Young jumper.

The pivotal moments came as Mississippi State’s Teaira McCowan missed a jumper. Notre Dame grabbed the rebound and hastily brought it back up the court. Only a few seconds later, McCowan stole the ball. It was immediately stolen back by Jackie Young. In a scuffle at midcourt, a controversial foul was called on McCowan with 3 seconds left. Consequently, McCowan fouled out and Notre Dame was given the chance to in-bound the ball. With 3 seconds left Notre Dame’s star player, Ogunbowale, got the ball and fired up a contested three-pointer right in front of the Notre Dame bench. The buzzer sounded off while the ball was in the air. Then the ball went through the hoop.

The Notre Dame bench erupted in joy and stormed the court. The Irish had won the National Championship. As a result, the Mississippi State Bulldogs slowly walked back to their bench. It was a short walk, less than 100 feet. It probably felt like forever. Awaiting them was their teammates and their decorated head coach, Vic Schaefer. Schaefer said he felt like he let his team down.

Schaefer’s daughter, senior Mississippi State guard Blair Schaefer, feels differently. She feels that this time it was herself and her teammates that let their coach down.

The National Championship loss marked the final game for decorated Mississippi State seniors Blair Schaefer, Morgan William, Roshunda Johnson, and All-American Victoria Vivians. While the Bulldogs will likely be a top-10 team again next year, it will be a long time before they can shake off the pain of this season’s loss.

What an amazing season, Bulldogs. You wowed us. You united us. You made us proud. pic.twitter.com/kzuVP1jmMM