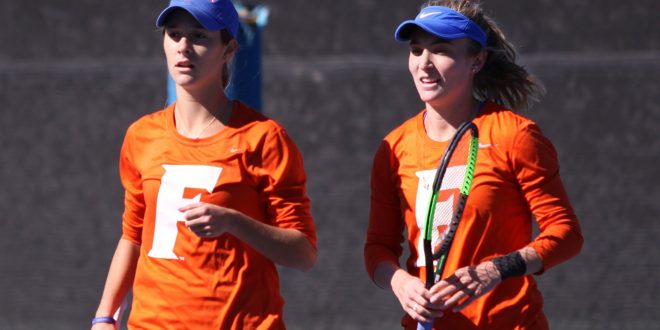 The No. 12 Gators women’s tennis team saw their five-match win streak snapped this weekend, as they fell to No. 7 Texas in a non-conference contest.

Florida, who hadn’t lost since March 16 against Georgia, fell 4-0, losing all four matches in straight sets.

The Gators will now close out the season with three SEC matchups.

Up next, they’ll face South Carolina when the Gators travel up to Columbia on Saturday. They’ll then round out the season by hosting Kentucky the following Thursday, and Vanderbilt the following Saturday.

That closes out their regular season before the SEC Tournament starts April 18.