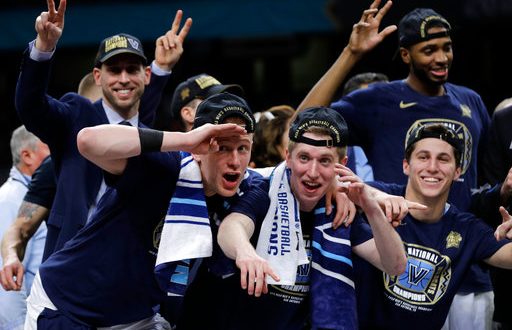 It’s been a good year for Philadelphia. The Villanova Wildcats have found themselves in a reigning position again since 2016’s buzzer-beat win over North Carolina, picking up their third national title overall and ending their season with a 36-4 record.

If anything foreshadowed the Wildcats’ win, it was their consistent double-digit wins over each of their opponents in the NCAA tournament. This is an accomplishment that only four teams since 1985 share. They also set a Final Four record on Saturday after sinking 18 3-pointers in their win over Kansas.

Monday night at the Alamodome. Nova was able to overtake Michigan’s early lead with 6:08 left in the first half and never trailed again. They went into the half up 37-28 and came out of it just as strong. The Wildcats took the games first double-digit lead with 18:03 left in the second half. The Wildcats put the Wolverines hopes of a comeback to rest with a 20-point lead with 3:21 left and sealed their fate with a blistering final score of 79-62. UCLA’s 1968 roster was the last to win its two Final Four match-ups by 16 or more.

Jay Wright’s team made him the 15th coach to win at least two national titles and definitely made him proud. The Wildcats had answers for Michigan’s Moe Wagner and Abdur-Rahkman who combined for 39 points. Sophomore Donte DiVincenzo(“Big Ragu”) came off the bench and put up a stunning performance with a career-high 31 points, 5 rebounds and 3 assists in 37 minutes, making him an easy favorite Most Outstanding Player title. Mikal Bridges pitched in with 19 points and Omari Spellman with 11 rebounds.

As expected, Villanova and Philadelphia fans took to the streets to celebrate the victory as they do.