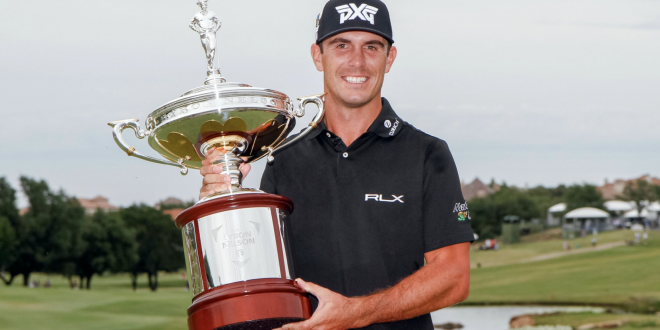 Former Gator Billy Horschel Is Back at The Masters

After missing the 2017 Masters Tournament Billy Horschel, the four-time All-American at the University of Florida is back at the Masters this year.

He failed to qualify for last years Masters but due to his victory at the AT&T Byron Nelson Classic this year, Horschel qualified.

Horschel is the only former Gator player in this year’s tournament.

Billy Horschel on other Tournaments:

Although Horschel tied in four different tournaments he was also cut from four other tournaments.

Overall in the World Golf Rank, Horschel is sitting in 85th place.

What a Monday at @themasters. Always love this opening tee shot on 1! pic.twitter.com/imUCjZJOea

The Master will run through April 8th and you can catch live coverage on CBS or tune to www.masters.com for the Leader Board.