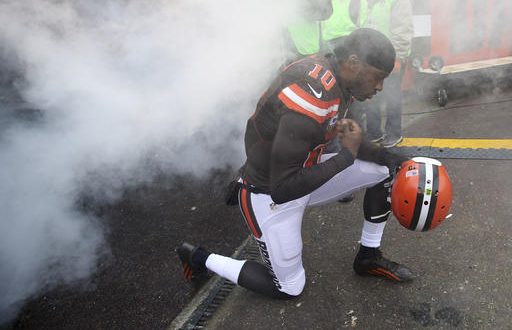 RG 3 is Back in the Game

After being a free agent for a whole year, RG3 signed a one-year deal with Baltimore. The quarterback had nothing but good things to say about this deal. Griffin struggled in 2012 when he was battling with Kirk Cousins for playing time in Washington. When he was with the Browns, he only saw five games of play time. This combined with his injuries, Griffin entered free agency with little chance of coming back into the NFL.

The Ravens invited Griffin to come in for a workout and a physical. He signed a one year deal with Baltimore. Simple as that. John Harbaugh says the decision was easy since he was still in the Washington area. Griffin says he wants his fans to know that he didn’t spend time relaxing during his free agency. He kept up with other teams and stayed connected as much as he could. He says he wanted to stay informed.

Griffin is certainly staying motivated. He didn’t let his year off get him down. After winning the Heisman in 2011, the future was nothing but bright. But as most of us know, trials and tribulations can come with being the best college quarterback and making that transition into the NFL. Griffin certainly experienced that. He says that you can’t blame others for what has happened to you. Griffin says you only have yourself to conquer.

Let’s not forget, the last time the Browns won was when RG3 was with them against San Diego in December of 2016. Granted, Griffin had nothing to do with that win, but that was the last time fans can really remember him. If RG3 can stay injury free, he’s got a real shot to go up against Joe Flacco for the starting spot. If not, fans are calling him nothing but a placeholder.