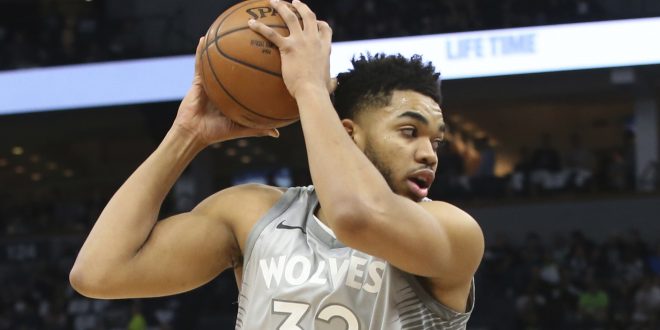 Minnesota Timberwolves' Karl-Anthony Towns plays against the Denver Nuggets in the first half of an NBA basketball game Wednesday, April 11, 2018, in Minneapolis. (AP Photo/Jim Mone)

The Minnesota Timberwolves are heading to the playoff for the first time in 14 seasons.

Timberwolves lock up the last spot!

They'll play postseason basketball for the first time since 2004. pic.twitter.com/TECKvEmnuK

The Timberwolves clinched the No.8th seed in the Western Conference after defeating the Denver Nuggets in OT. The team has an overall record of 47-35.

After the win over the Nuggets, Jimmy Butler spoke on the team’s effort.

Karl-Anthony Towns scored 26 points on 63.2-percent shooting and gathered 14 rebounds against the Nuggets and against Denver’s center Nikola Jokic.

Towns led the Timberwolves this year with an NBA-high 68 double-doubles,

Now Towns’ gets to fulfill his promise to former head coach Flip Saunders who passed away in 2015 before Towns’ rookie season even began.

Minnesota will head to Houston to face the top-seeded Rockets in the first-round of the playoffs.

We traded for a superstar.
We went to work.
We finished strong.

It was a [regular] season to remember.
Now, we turn to the Playoffs. #AllEyesNorth pic.twitter.com/ebfMAMlKkl

The Orlando Magic announced on Thursday the firing of coach Frank Vogel. Vogel was 54-110 with the magic in two seasons.

President Jeff Weltman and general manager John Hammond, who were hired in May 2017,  will look for its fifth coach in just six years. The Magic have not made it to the playoffs since the firing of Stan Van Gundy in 2012, the longest in the franchise history.

The New York Knicks have fired coach Jeff Hornacek, the team announced on Thursday. The Knicks went 60-104 under Hornacek, making it the sixth-worst record in the NBA over that period.

The associate head coach, Kurt Rambis, was also dismissed from the team on Thursday. 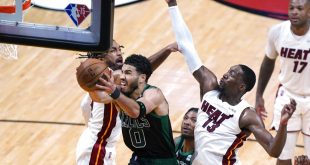