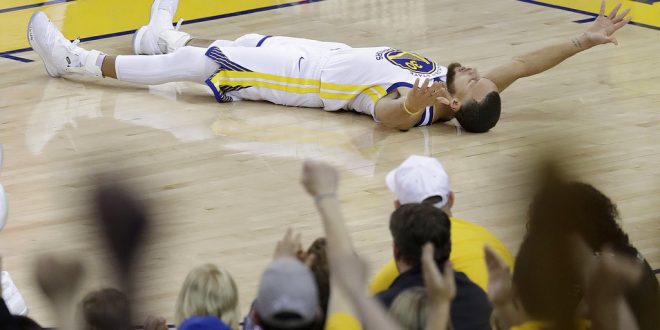 The Golden State Warriors came out scorching hot against the Houston Rockets and never let up as they defeat the Houston Rockets 126-85 to take a 2-1 lead in the NBA Western Conference Finals  Warriors guard Stephen Curry scored 35 points, outscoring the Rockets’ tandem of Chris Paul and James Harden who only managed a combined 33 points in the loss.

Stephen Curry is Back

Moreover, the team only shot 39.5% from the floor, a number that needs to be much higher to offset Golden State’s potent offense. Plus, the two catalysts for Houston, Paul and Harden, pulled a Houdini act and disappeared on Sunday night. Paul did close with 10 rebounds in the loss, but he shot a dismal 5-for-16. Harden wasn’t much better at 7-for-16.

If there is anything positive Houston could take away from Game 3, it should be that no starter for the Warriors played well offensively. Kevin Durant had 25 points, but only shot 9-for-19. The next highest scorer in Klay Thompson only had 13 points on 6-of-14 shooting. If the Rockets could come in with a similar game plan defensively and not miss so many easy shots in Game 4, the game could be much tighter.

Golden State reserve guard Quinn Cook could be in line for more minutes after Sunday. Although only playing five total minutes in Game 3, he went 4-for-4 from the field and dropped 11 points. The Warriors Twitter account took notice:

Golden State stays at home for Game 4 as Houston hopes to bounce back. Coverage begins Tuesday at 8:00 p.m.